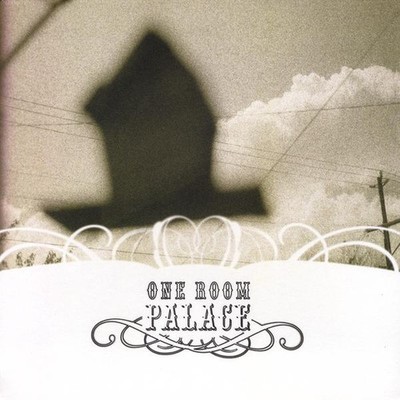 'One Room Palace', Odessa Chen has crafted one of the strongest releases in the independent music world this year...yearning, delicate, wintry, earthy, intelligent, chilling, intricate, folksy, dark, and comforting,...Chen shows a sensitivity in her singing that is largely absent in both mainstream and underground music. Read the full article at SomewhereCold.com One Room Palace is slow and gentle, like a stormy sky in slow motion before the rain hits. And then it hits. Chen and co-producer Jeff Byrd combine her delicate vocals and dramatic lyrical content with dreamlike, ever-changing musical arrangements powered by themes of love and death, longing and beauty.This is an album best listened to played loud-but with quiet focus. The emotional power driving this heartfelt music demands it. Read the full article at Rockbites.com Sometimes music can be so gut-wrenchingly sad. And if it's good enough, you want to keep listening, despite the reminders of heartache and loss. One Room Palace is one of those CD's. Odessa Chen's debut solo album grabs you from beginning to end, and then makes you want to listen to it again because you know you missed something the last time around. Chen's lyrics are smart and she sings them with intensity and an impressive vocal range. Her voice alone is haunting and keeps you mesmerized long after the song is done. Chen goes from whispering to belting out the words and your heart rises and falls along with her. ~The Asian Reporter The Bay Area isn't short of angelic-voiced, building-moving, hair-raising singer/songwriters, and Odessa Chen is right up there at the top of the list. Sparse, lonesome melodies are given life by Odessa Chen's breathy, spirited voice. ~Bay Area Buzz Offbeat songwriters like Jeff Buckley, Iron and Wine's Sam Beam and Kate Bush provided the inspiration {for One Room Palace} but the songs carve out a territory all their own, insinuating themselves into your subconscious and setting up housekeeping. One Room Palace evokes responses in keeping with it's soft, ethereal and generally lovely qualities. ~Asian Week Odessa Chen. Turns out she's staggeringly talented and amazing, an absolutely gorgeous voice, beautiful songs, wonderfully played on guitar. I have been unable to enthuse enough about her.-sf indie list Biography: With the lonesome feel of slow core indie-rock and a fingerpicking guitar style that is almost classical, Odessa Chen's music has been described as delicate, wintry, intelligent and haunting. Her voice is substantial, matching the intimacy of Cat Power with the ethereal intensity of Jeff Buckley. Accomplished lyrics and sparse arrangements call to mind early Leonard Cohen, while at times the music builds into dense textures similar to Sigor Ros. She currently plays both solo and with a band consisting of Rich Douthit on drums and Devin Hoff on double bass. Her debut album, One Room Palace, features members of Tom Wait's band, Nels Cline Singers, Winfred E.Eye and Thee More Shallows. She's shared stages with Mark Eitzel, the Microphones, Mirah, and Mia Doi Todd. CD's are available at odessachen.com.

Here's what you say about
Odessa Chen - One Room Palace.