Mike Strickland - On the Wind 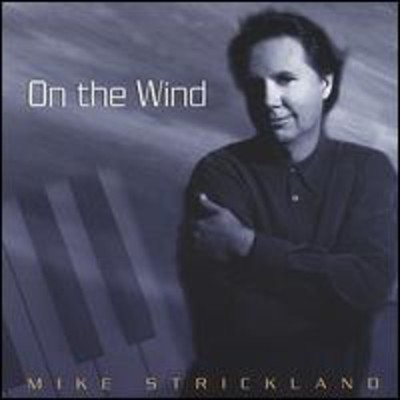 This beautiful collection has all the smooth jazz piano elegance for which Mike is so well known and loved. After quite some time in the studio, Mike emerged with a new all original music CD entitled On the Wind featuring a great instrumental lineup including grand piano, guitar, sax, flute, bass, drums, percussion, English horn, and harmonica. This album is sassy, jazzy, and cool...it's like Ramsey Lewis meets Jobim meets Mike! A Brief Biography of Mike Strickland Pianist and composer Mike Strickland presents a hybrid of jazz and popular music. Born and raised in Jackson Mississippi, he grew up listening to Henry Mancini, Vince Guaraldi, the Beatles and Burt Bacharach. His performance career started at the age of 9 when his father would encourage him to entertain dinner guests ("Alley Cat" and "Baby Elephant Walk" were the big hits back then). Mike discovered his love for the Great American Songbook (Gershwin, Cole Porter, Irving Berlin and Duke Ellington) while singing in musicals and school choirs. After turning eighteen, he began to frequent the clubs and listened to great local blues talents including native Mississippian B.B. King. Formal music studies at Berklee College of Music in Boston and California State University at Northridge continued to expand his musical talents. It was during this time Mike started composing and arranging his own original music. Mike developed his unique performance style playing in ski resorts, where his eclectic sets might include Beatles tunes, romantic Film themes, and piano-busting boogie-woogie numbers. Residing in Seattle, Washington since 1981, Mike has built a solid career as a performer, composer and recording artist. In 1987, he formed Mike Strickland Productions, Inc. And recorded "Floating", his first album of original music. This upbeat, creative album attracted the attention of CBS Sports PGA Golf producer, Frank Chirkinian, and Mike continued to write music for CBS Sports PGA Golf telecasts for the next 7 years. In the last 20 years, Mike has performed extensively all over the United States as a solo artist and with various groups. To date, he has recorded 18 albums, including the most recent 2005 recording, "Private Concert". He has sold over 250,000 CDs in the USA alone. His recordings have aired nationally on radio and television programs and his music is broadcast through Muzak and DMX Music via satellite to 40,000 businesses internationally. His work has been distributed commercially throughout the USA, including gift and specialty store markets such as DisneyWorld gift properties, Hallmark stores and The Sharper Image.

Here's what you say about
Mike Strickland - On the Wind.