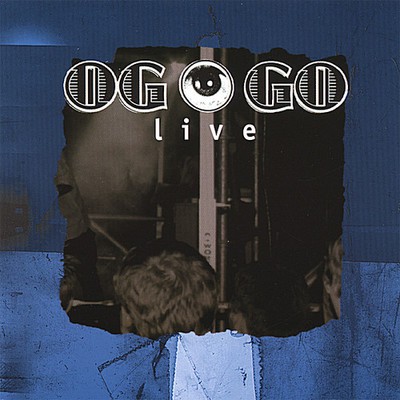 Ogogo Live was recorded at Sonic Circuits Festival in Los Angeles organized by American Composers Forum. Music on this CD represents eternal subject of betrayal with following consequences of destruction and death. This CD is the follow up of the previous Ogogo album entitled 'Live In Your Bedroom'. Music presented on this CD is so advanced and radical that former record company decided not to release it as a segue. And here you have it. Also this musical performance based on true story and reflects immediate reactions to underlying developments. Therefore, it's extremely spontaneous and deeply sincere. All compositions written by Igor (ASCAP) Ogogo's music is not specific to any genre; rather, it is their ability to create compositions beyond and between styles - to crossover from high to low, underground to popular - that distinguishes their peculiar music. Ogogo's use of chance and minimalism, and their exploration of daily life' sounds have played a significant part in the communication of music and the art world. Founded by the composer and guitar player igOr, Ogogo takes their audiences on unexpected explorations through 1,565 years of musical traditions. From Wikipedia: 'The Ogogo is an avant-garde jazz ensemble that formed in Los Angeles in the early 1990s, that came to be known for their phenomenal musical compositions and performances. The group continues to perform and record as of 2006'. 'Members of what was to become the Ogogo performed together under various band names in the early 1990s, releasing their first album, Live In Your Bedroom, as the Ogogo in 1998 on the Innova Records. The Ogogo on that album included trombonist Rodney Oakes and guitarist Igor Grigoriev. Igor is leading The Ogogo, an ensemble with an ever-changing lineup. Since 1998 they made a number of recordings for III Records sometimes extending their lineup to Extra Large Ensemble - known as XLOGOGO'. 'In 2000 the Ogogo recorded album with Ira Schulman. That was Ira & Igor. Schulman's woodwind instruments, backed by the sheer drive of Igor's guitars contributed to the fact that Three Dances In Colour became an underground cult standard'. 'The significant part of Ogogo sound is use of 'funny instruments' in addition to the traditional jazz lineup of guitars, saxophones, trumpet, trombones, bass and drums, as well as the theatrical outfits and invited guest artists while performing. All these aspects make the Ogogo's performances a unique experience'. 'Members of the group are all involved in different projects outside of Ogogo. That freedom contributes to their wide sound landscape and insures incorporation of ever changing musical influences from other styles'. from Wikipedia Ogogo's founding member Igor sharpened his dexterity in the Avant-Garde jazz scene with the John Cage influenced group Roof and the experimental rock ensemble Asphalt before creating Ogogo. Since then Ogogo has constantly pressed on the structure of musical form. Ogogo creativeness pamper a numeral of their infatuations, counting the improvisations of John Coltrane, noize-jazz, polka, circuit bending, minimalism, the harsh metal of Bodom, and their ingenious guitar screams and screeches. Ogogo's distinctive blend of musical styles reveals the approach contemporary music is presently spreads from one genre to another. Ogogo work doesn't only excite or distress. It raises challenging issues and changes our belief regarding what music is and how it is set in realization. Diverse is a way too simplifying word to illustrate their extremely challenging and at the same time mischievous sound manipulation. Practically each and every one Ogogo compositions share the same similar elements. The foremost is a mutual, more or less children resembling character. Another one is swiftness of changing ideas during the course of music. Ogogo has mastered the ability of the immediate transformation in the course of combination of obviously incompatible sounds. For illustration, they may put together a nursery rhyme with an operatic aria, noise of a children toy or mariachi performers next to a Japanese koto, a Peruvian charanga with timeless music of JS Bach. This musical quickness might be most excellently matched up to the fragmented sounds so customary in present video games, or not.

Here's what you say about
Ogogo - Ogogo Live.