Melissa Crabtree - Off the Beaten Path 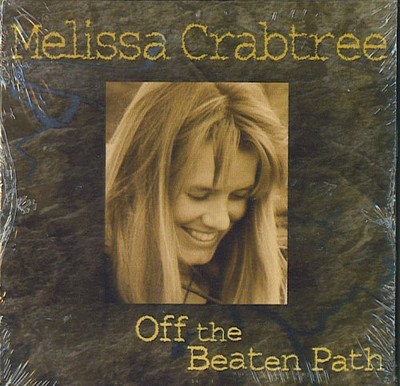 Whether singing about the majestic beauty of the Rio Grande River, offering political commentary on environmental issues, or catching her partner in bed with the Maytag repair technician, Crabtree's enthusiasm and love for the wild side of things sets even the most sedentary soul's heart on a wondrous journey. Crabtree has been living her life as an outdoor guide and musician. With the wilderness as both her home and her muse, her songs transport the listener to a world of mammoth cliffs and rushing rivers. Playing live, Crabtree delivers heartfelt stories with her distinctively husky alto and pleasingly twangy guitar-style. She loves playing on the back porch, and brings the same easy going, down-home style to the stage. While performing across the Rocky Mountains and on the West Coast, Crabtree has played at the Oregon Country Fair and the Taos Solar Music Festival, and has shared the stage with Patty Larkin, Catie Curtis, Ani DiFranco, Alice DiMicele, Jenny Bird, Cosy Sheridan, Tony Furtado, Keith Greeninger, Michael Franti and Spearhead, and Leo Kottke. C rabtree's debut album, 'Off the Beaten Path' will be released in the spring of 2002. The title track was inspired by southwestern fringe living, as experienced by Crabtree and her friends. In the first lines of the song, we are introduced to a 'Dusty, dusty devil, spinnin' lots of sand' who 'kicks up her heels and flies across the land' and by the end, we recognize that the song is an autobiographical sketch of the guitar-toting, river-running artist herself: 'She's swirlin in an eddy, getting caught in the cane, She gets stuck in that eddy, and swirls around again, She spends her days out on a river raft, She walks off the beaten path.' Catie Curtis describes, Crabtree as 'a road-wise folkie with a bluesy soul reminiscent of early Michelle Shocked, Melissa Crabtree is an original storyteller and performer not to be missed.' Or as Tony Furtado puts it: 'This is one bad ass who knows how to weave a soulful tune.'

Here's what you say about
Melissa Crabtree - Off the Beaten Path.