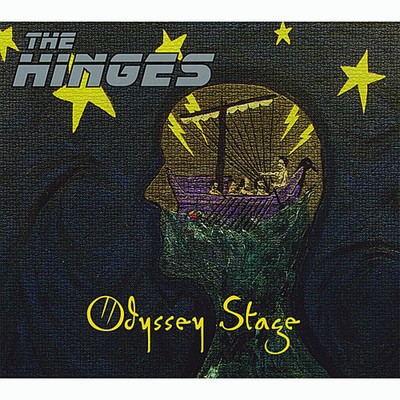 Beatless and searching the HEART drove down a lonely but crowded highway. Beside him was his old friend the MIND, after exchanging numbers over humming dotted lines, they met with SOUL and some others to try and form a band. The others dropped off, but mind, heart, and soul remained. Although passionate, precise and playful the three knew they were missing something. Patience paid off as in succession FACE was found and VOICE arrived. This body of parts formed The Hinges on October 21, 2006 when they played to an at capacity crowd of friends, fans and soon to be fans at the now defunct Mickey's in Charlotte, NC. Amazed by the response to their debut, the band harnessed their fans' devotion and word of mouth, fine tuned their live show, and hit the road playing numerous shows across the Carolinas. Citing influences including The Killers, Coldplay, Snow Patrol, Death Cab for Cutie, and Weezer the band utilizes drums, bass, synthesizer/keyboard, and electric guitar to drive their sound with the wailing yet poignant vocals of lead singer Matthew Susong floating over top. Writing and recording since summer 2007, the band self released their debut CD 'Odyssey Stage' on April 11, 2008. The album's songs representing a collection of experiences across the twenty somethings addressing issues of heartbreak, identity, and redefining the idea of home. With their eyes set on conquering the world, reigning in legions of new fans, and having some fun along the way, the journey is only beginning for this body of parts. The hinges are: Nod Norkus - drums and HEART Matt Perry - bass and FACE Alex Warner - keyboard/synth, guitar, vocals, and SOUL Joel Turner - electric guitar and MIND Matthew Susong - lead vocals, guitar, and VOICE.

Here's what you say about
The Hinges - Odyssey Stage.