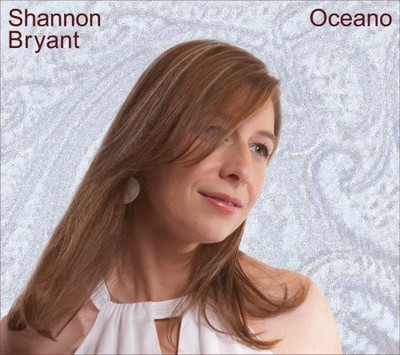 Pop-Singer/Songwriter, Shannon Bryant, is a unique and powerful force. When asked after graduating from University, "what the heck are you going to do with a Philosophy degree? Bryant might have guessed that she would write thought provoking lyrics over soaring and infectious melodies. This was her future. Her musical journey kick-started in Dublin Ireland during a 'find yourself' backpacking trip. She cashed in her return ticket home to Canada and started working and singing in a restaurant-piano bar in Dublin. The experience cemented her decision to pursue a career in music and when she returned home six months later she joined her first band, the eleven piece R&B group, 'Midnight Soul Revue'. Shannon grew up getting lost in the world of pop music on the radio. She was drawn to the classic Brill Building songwriters of Carole King and Burt Bacharach as well as her own contemporaries from her youth. She later found herself exploring Brazilian jazz and fell in love with the beautiful melodies and rhythms of Brazilian and Latin music. Shannon eventually began songwriting and merged all of her musical influences into her own unique style of songwriting and performing. In March of 2004 Shannon headed to the San Francisco chapter of the Recording Academy with her demo in her hand and became a member. As fate would have it, that very day she was selected to perform on stage with Carlos Santana in a tribute to Mickey Hart for the 2004 Recording Academy Governor's Awards. Shannon has also performed at SunFest World Music Festival, London Ontario Symphony Orchestra, Yerba Buena Gardens, SF, Larkspur Theatre Café CA, San Francisco State University, Jack Adams Hall, and the Aeolian Hall in London, Ontario. Shannon released her debut full-length Pop-World album, Oceano in 2007. Oceano has aired on CBC Radio across Canada and was one of Mark Rheaume's top picks for 2007 on CBC's, "Fresh Air". Shannon recently released her single Open Your Eyes, produced by Arne Frager (Dolly Parton, Whitney Houston, Prince, Santana). Her full length album will be released fall of 2011.

Here's what you say about
Shannon Bryant - Oceano.