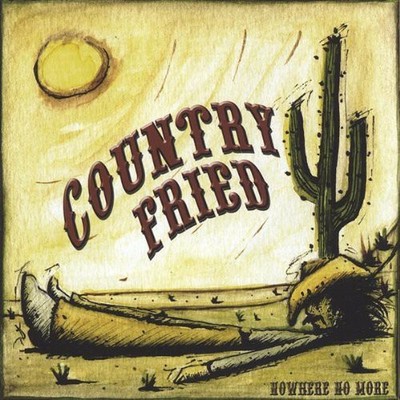 Features the song 'Leaving' as heard on the HBO series 'True Blood.' Back around the turn of the century down in the Big Easy, four good ole boys grew exhausted of the trail country music had taken, so they began paying tribute to roots music greats in neighborhood bars and backyard parties. Driven to succeed they ride on, developing the unique old-school music style down the original country path. They first saddled up a posse of three- Whiskey T, Red Stick, and BIG Country. Whiskey T hails from upstate New York, but began his guitar pickin' ways in the south of Mississippi before making his way to New Orleans in 1995. Taylor Garrett, now known as Red Stick, made the short trip down river from Baton Rouge around the same time. The two met and began strumming together soon afterwards. Realizing their love and quest for music, they set out to be heard, but they needed a lead singer. Lifelong friend of Red Stick, Brian 'BIG Country' Ayres had returned from travels west and little convincing was needed for him to join his friend in the most interesting city in the world. The trio began writing and playing weekly gigs at the Mystic Café and The Bulldog, but a low end was surely missing. Kentucky bass player, Bourbon Brad Klamer soon joined the gang, solidifying what would become the acoustic quartet, Country Fried. With workaday woes, an album in the saddlebag, and an itchin' for the road; the guys are ready for action. Their originals are a branch off of old-time country with harmonica and harmonies, but covers of classic country and various 'countrified' roots songs keep the crowd singing along. You can catch them all around the Crescent City, and at home at the Kingpin Bar on Sundays, where country music fans are appearing miraculously from behind the velvet Elvis's. The hunt for New Orleans twangers shall continue, but on the road is where they're headed. Every honky tonk and every roots music festival in every city or down home town should have some hot Country Fried on the menu.

Here's what you say about
Country Fried - Nowhere No More.