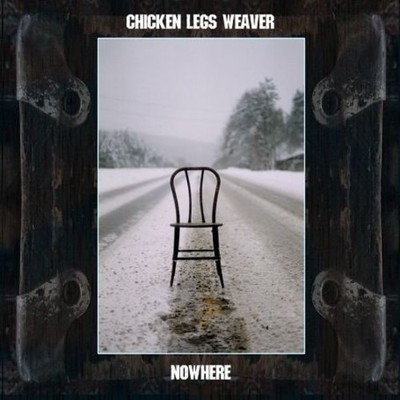 With the admonishing wrath of a fallen preacher, Andy Weaver rasps out the dark and guilty secrets of the abandoned. As the apocalyptic thunder of Jane Howden (bass) and Mik Glaisher (ex-Comsat Angels, drums) crashes around him, Weaver wrenches the tortured screams of lost souls from his guitar. This is music wrought from blood and bone, concrete and steel, an inner-city voodoo for the disposed and forgotten. The band were heard by US rock journalist Byron Coley and Sonic Youth's Thurston Moore, which led to the release of a vinyl live album on their EstaticYod label. Recorded at two Sheffield gigs in 2002, "Wishbone Hands" was mastered by Jim O'Rourke, has sleeve notes by the legendary Mick Farren and cover art by Billy Childish. Johnny Dowd invited the band to record their debut album at his studio in Ithaca, New York. "Nowhere" was recorded in a studio resembling a log cabin, in the worst blizzards the state had seen for 16 years and as America went to war. Having built up a staunch following in their home city of Sheffield, they set about doing the same across the country and into Europe, playing the international Cognac Blues Passions in France in 2004 and the Harelbeke Rock & Blues Festival in Belgium in 2005. Richard Hawley produced three of the band's new tracks, two of which will appear on a 7" coloured vinyl by Thee Sheffield Phonographic Corporation label this Summer. Chicken Legs Weaver have supported amongst others Alabama 3, Electric Six, The Buzzcocks, Jim White, Johnny Dowd, Handsome Family, Black Eyed Snakes, 16 Horse power, Hamell On Trial, Ten Benson, The Dead Brothers, Gary Lucas, Seasick Steve & The Level devils, Alvin Youngblood Hart...as well as headlining their own shows.

Here's what you say about
Chicken Legs Weaver - Nowhere.