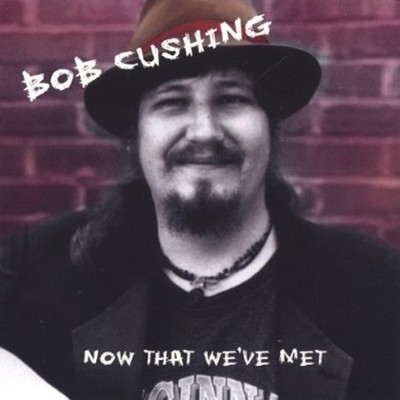 Back in 1996 Bill Clinton was in office, Hootie and Alanis were at the top of the charts, and a {relatively}young singer/songwriter named Bob Cushing was packing college bars around the tri-state {Ohio, Kentucky, And Indiana} 7 nights a week with his brand of solo acoustic heartland rock. Later that year, with the help of some top-notch musical friends, he released his debut CD 'Now That We've Met'. The album sold thousands at his gigs, received universal acclaim in the regional press, and even drew some attention from Warner Brothers Records. Now, 10 years and 3 more CD's later, Clinton, Hootie, and Alanis have faded, musical trends have come and gone,the class of 96' has grown up and moved on, but Bob Cushing can STILL be found playing clubs across the midwest 6 nights a week, and although he has covered a lot of ground musically and professionally since then, many songs from the debut album are STILL staples in his live show, and still draw airplay on college and internet radio, a testement to their quality, and staying power. Be sure to check out Bob's subsequent releases also available on CDBABY.

Here's what you say about
Bob Cushing - Now That Weve Met.