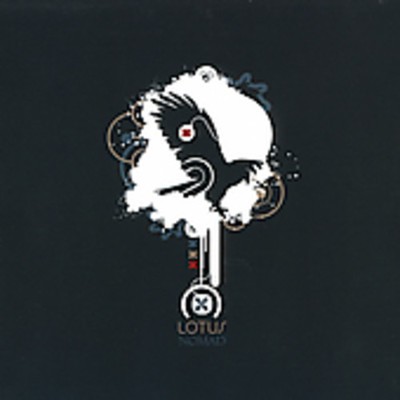 Lotus is a five-piece instrumental band based in Philadelphia. Their music is heavily tempered by electronic styles such as deep house and drum n' bass, but inside the sonic layers seep heavy doses of funk, jazz, and world music. Their high-energy live shows feature tightly composed material balanced with stretched out improvisation. The sounds shift from spiritual and meditative, to jubilant and energetic, from dark dance floor burners, to spaced-out waves of ambience. Since it's inception in 1999 Lotus has grown exponentially. The group gained a dedicated fan base by touring throughout the Midwest with excursions to Colorado and the east from 1999-2002 while members attended Goshen College. In June of 2002 Lotus relocated to Philadelphia in order to expand it's touring schedule. Since the move Lotus has been growing at the national level. Regular national touring, word of mouth from devoted fans who trade Lotus's music across the country (and globe), and media attention have opened many new markets as familiar ones continue to grow. Lotus's first national tour saw sold out shows in San Francisco, Chicago, Denver, Milwaukee, and more cities. Lotus has been featured in publications including Relix, San Francisco Examiner, Philadelphia Weekly, Style Weekly Richmond, The Onion, Jambase.com, Pittsburgh Post Gazette, Kalamazoo Gazette, Iowa City Press-Citizen, Jambands, and Hittin' the Note. Lotus has performed with artist such as John Scofield Band, the Disco Biscuits, Umphrey's McGee, Particle, Jazz Mandolin Project and more.

Here's what you say about
Lotus - Nomad.