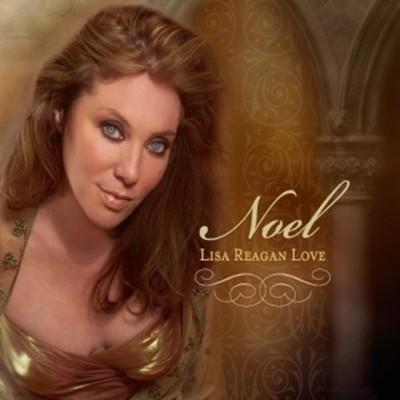 For singer/ songwriter and veteran performer Lisa Reagan, a lifelong love of musical expression was born with her first piano lessons at the age of 4--and has evolved many times since. Her illustrious career has taken her from a starring role at the age of 16 in Oklahoma City's Lyric Theater to performances at the Kennedy Center, the White House, countless concert halls around the U.S. and abroad to 15 countries. Reagan, a dazzling performer, diversely talented composer, and recording artist bears an angelic voice that combines the sensitivity of Loreena McKennit, and the sensual timelessness of Lisa Gerrard. She weaves her poetic lyrics and mystical chants with driving rhythms and haunting melodies delivering listeners to another world of limitless spirituality. Recently her mesmerizing song 'Al'infini' ? was featured during Wendy Peppers collection on Project Runway season 1 on Bravo TV. Her work has also been presented by Stillpoint Records, Satori Productions, ADO Entertainment, and is published by Lucid Veil Publishing/BMI. Reagan has also composed and arranged for films and soundtracks. Her most recent work was the soundtrack for the DVD YogaSing, Yoga for Singers and Performers, created by Suzanne Jackson and Alvaro Domingo. Music is a highly personal art form for for Reagan. 'There comes a time in your life when circumstances lead your heart in one direction or another,' she says. 'For me, it was the loss of several people I loved very much. As I sought to understand their departure from this earth, I started contemplating this journey we call life . . . being human.' The devastating loss of her only sibling to breast cancer eventually led her, she says, to the 'awakening' that her composition 'Satori' refers to. Reagan wrote many of these songs--after 'locking myself away' in a Boston apartment for two months--and recorded them in Nashville after a gratifyingly successful fund-raising concert. When asked what she hoped would come from her disc 'Satori' she said,'to simultaneously evoke the catharsis in music that comes from the heart, and honor my dream to create songs that will connect audiences with something higher.' When asked about the greater meaning of her performance she explains, 'I want to share the realization that this experience on earth is just a short stopping off point before the real adventure begins.' Referring to the mystical mood and uplifting, spiritual atmosphere she likes to create at her live shows, she says, 'You know, I think I'd love to do all my concerts in big Gothic churches.' And, whether or not any cavernous candle-lit stone churches turn up, she says, 'I sincerely want people to leave the concert feeling they'd had an experience that was positive, even inspirational and insightful.' Ms. Reagan also is a member of the Washington National Opera and Professor of Voice at Oklahoma City University, specializing in vocal performance with emphasis in Broadway singing. She holds a masters degree in opera and vocal performance from the University of Maryland.

Here's what you say about
Lisa Reagan - Noel.