Last Charge of the Light Horse - Nine Kinds of Happy 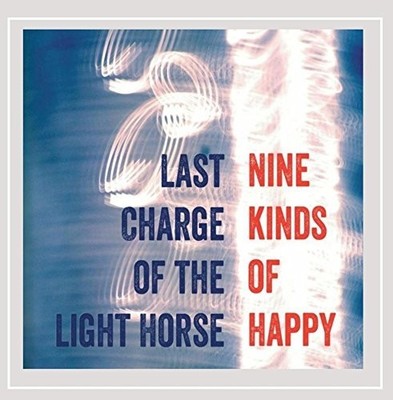 Last Charge of the Light Horse was formed in 2004 as a vehicle for songwriter Jean-Paul Vest's off-beat tunes, and has remained constantly in motion in the years since. Never content to stay with one musical style for long, the group has released two albums, one single, and one EP, gaining mention in several 'Best of the Year' lists and heavy rotation on college radio, charting as high as #1 on stations around the country. "Somewhere between Sergio Leone and Neil Young's Crazy Horse, between the dirt roads of Calexico and dark corners of Edgar Allen Poe, lies Coram's Jean-Paul Vest, the driving force behind the Last Charge of the Light Horse's sound; a tapestry of warm rhythms and jangling guitars rich with reverb shimmering on the edges. The melodies are pure steady motion-each hook it's own worn, weathered red '57 Cadillac streaking toward the night on a one lane strip of lonely blacktop across the farthest corners of the mind." - Long Island Pulse, Drew Moss 'Curve extends Vest's streak of lyrical excellence, a series of intense narratives brimming with nuggets of sometimes-brutal, sometimes-beautiful truth' - The Daily Vault, Jason Warburg 'Jean-Paul Vest's Last Charge of the Light Horse brought to Acoustic Long Island one of the best shows in a long time. ...Jean-Paul Vest is one of the more intelligent song writers out there. He has the poet's true gift of turning the mundane, the ordinary, the daily ups and downs of life that we all face and transforming them into heartfelt songs. An ATM machine, the automobile, New Years Eve, all instantly become poetic images and iconography that resonate for the listener in a manner that only a gifted artist's brush can accomplish....The music was driving and exhilarating. Instantly, the audience was transported into a better place through lyrics that were consistently rich and haunting, self-reflective and honest.' - By the Bell 'Vest is an impressive lyricist, presenting stark imagery and some emotional depth, and the band employs plenty of variety within an ambitious indie pop framework.' - Leicester Bangs.

Here's what you say about
Last Charge of the Light Horse - Nine Kinds of Happy.