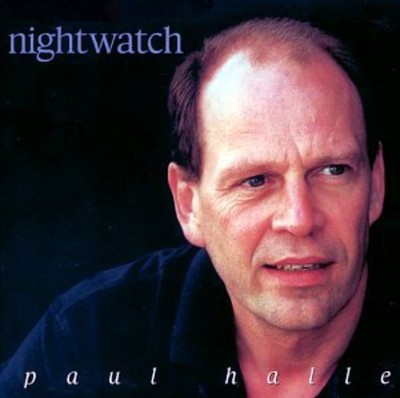 Paul Halley creates a dramatic, musical journey on "Nightwatch". "Improvisation is perhaps the most direct form of musical communication. It involves the performer and the listener in a relationship as partners on a voyage of the mind. It is an expedition into uncharted territory, neither safe nor predictable, but, hopefully, exciting..." says Paul Halley, in his remarks about the origins of the stunning recording of organ improvisations he created on the Great Organ of the Cathedral of St. John the Divine. "Nightwatch" is a set of improvised themes and spontaneous variations, played on the vast Aeolian-Skinner in the even vaster Cathedral of St. John the Divine. The format of the music, and the idea for this recording, was derived from the improvisational sessions created by Halley for groups of teenagers late on Friday nights at the Cathedral through a program called, not coincidentally, "Nightwatch". In keeping with the dramatic setting of the world's largest gothic cathedral at night, Halley would play upon a variety of tonal effects to engage his young listeners on a journey from "dusk" to "dawn". Employing a broad tonal and dynamic range, from silken string tones to bright and heraldic trumpets, Halley would establish a mystical and highly charged atmosphere. Capturing the mood of one of these sessions on a recording was not easy. Halley describes the technical problems facing the producer/engineer Chris Brown: "The organ pipes are spread over a distance of 550 feet, and have a dynamic range of at least two symphony orchestras. Owing to a reverberation period of over seven seconds and a constantly changing "climate" in the Cathedral, editing was impossible, and of course, none of the music could be repeated! But thanks to Chris, who insisted on spontaneity at all times, the recording evolved into a suite of improvisations comprising a symphonic whole which I thought of as a night-journey and, in deference to my severest critics, entitled Nightwatch." This Pelagos release in compact disc form is, in fact, a reissue of the 1982 Gramavision release, Nightwatch. The original audio recording has been digitally re-mastered by Tom Bates, and the biographical material, cover design and photography have been updated. About Paul Halley: PAUL HALLEY, M. A. Cantab, FRCO, ARCT, was born in Romford, England in 1952 and received his early musical training in Ottawa, Canada. At the age of sixteen, he was made an Associate of the Royal Conservatory of Toronto. Having been awarded the organ scholarship at Trinity College, Cambridge, Halley received his M.A. with prizes in composition and performance, and was made a Fellow of the Royal College of Organists, winning first prize in the College examinations. Via a circuitous route involving two years teaching in Jamaica, W.I., Halley became Organist and Choirmaster at The Cathedral of St. John the Divine in New York City where he served for twelve years, from 1977 to 1989, transforming the Cathedral's music program into a rich combination of classical and contemporary music. Concurrent with his tenure at the Cathedral, Halley became a principal member of The Paul Winter Consort, and earned six Grammy Awards for his contributions as featured writer and performer on many Consort recordings. Following his departure from the Cathedral in 1989, Halley settled in rural northwestern Connecticut and founded Joyful Noise, Inc., the non-profit organization which administers the activities and tours of the children's choir, Chorus Angelicus, and the adult ensemble, Gaudeamus. In 1999, Halley became Director of Music at Trinity Episcopal Church, Torrington, CT where he inaugurated the Choral and Organ Scholars program in conjunction with Yale University's Institute of Sacred Music. In 2007, Halley relocated to Nova Scotia to become Music Director at St. George's Anglican Church, the Chapel of the University of King's College, and Atlantic School of Theology. Halley's choral and instrumental compositions are distributed internationally by Pelagos Incorporated, the recording, music publishing, and arts management company for which he acts as Creative Director. Halley's compositions have been performed and licensed by many notable artists and organizations including Sony Entertainment, Windham Hill/BMG Music, the New Jersey Symphony, John Williams and the Boston Pops Orchestra, The Louisville Symphony, Canadian Brass, Margie Gillis, Jennifer Muller and The Works, and numerous international band and choral festivals. Halley has received an ASCAP Composer Award each year since 1998, and his recordings and performances are frequently aired on NPR and CBC. Halley creates three to four new, commissioned works per year, and performs frequently as a guest artist in venues throughout North America. Halley lives with his wife and business partner, Meg Race, on the South Shore of Nova Scotia. They enjoy exploring the islands of Mahone Bay in a traditional Cape Cod catboat which rejoices in the name, "Magnificat".

Here's what you say about
Paul Halley - Nightwatch.