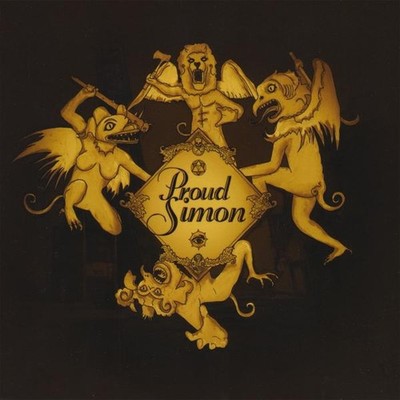 Proud Simon's newest record is an ambitious two-act whirlwind of cinematic Americana-tinged indie rock. The two sides of the record tell the story of a single night- the first a testament to workaday hope,anticipation, and revelry, and the second a descent into the darkness, where good intentions find endless obsessions and temptations endure. Paralleling this narrative, "Night of Criminals" moves seamlessly from uptempo pop (Clockwork On and On, Union Chains), through devastatingly dark ballads (Tar Washed Ashore, Honeymoon), on to strange accordion and violin-led gypsy chants (Tales as Tall, Second Hand Jackets). Sykes' keen drumming and Morgan's melodic McCartney-tinged bass lines transform Keenan's underlying folk tunes into pulsing, grandiose pop. At it's core, Proud Simon is your traditional four-piece rock band, albeit with an extended family of talented string, brass, and woodwind players. Like Keenan's mythical Night, the overall effect is both familiar and exotic, with a streak of jagged menace and boozy unease. "I was watching the sunrise over the condos springing up behind my apartment," remembered Keenan, "and there was this defining moment where I could clearly see the cyclical nature of my life. No matter what happened, whether it was triumph or heartbreak, I could see the days laid out before me. This record is a year packed into that one single night."

Here's what you say about
Proud Simon - Night of Criminals.