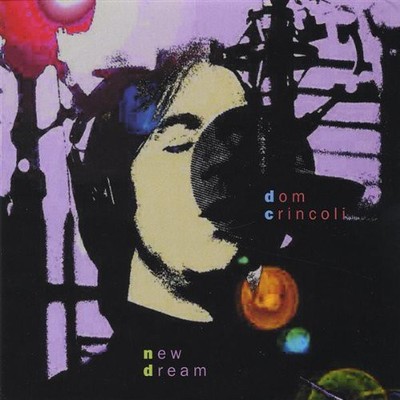 Imaginative comparisons have ranged from John Mellencamp to Crowded House -- a sound that captures the warmth of 70's acoustic singer-songwriters without seeming overly retro. But the songs aim to offer so much more; namely, a window to the soul: one man's pursuit of peace, truth and meaning - what some have called a bare-all spiritual journey punctuated with soaring vocals and surprising, vulnerable lyrics. Comforting and healing to the spirit are words used often to describe his music. New Dream is a themed compilation about finding hope in the adversities and brokenness of our human condition. I Will Respond, for example, a song about September 11th, uses three verses to describe the experiences of three individuals who were directly impacted by the events of that day; namely, an investment banker located high up in one of the towers, a fireman who responded to the call of duty, and a Franciscan minister who took the place of Rev. Michael Judge, who perished at the site. The song finds redemption in the face of seeming hopelessness. Also check out Jonah, a riveting poetic ballad that will keep you on the edge of your seat, as well as Love Found You, with it's haunting Indian-Celtic riffs and melt-away chorus. Dom is a troubadour who has traveled widely, playing and singing throughout the U.S., India, Taiwan and Israel, as well as varied venues from the Bowery Mission to The Yale Club in Manhattan. He has played and shared at coffee houses, clubs, retreats, and open-air concerts in Washington Square and Tompkins Square Parks in New York City, as well as the Lillenas Music and Drama Conference in Kansas City. He can be spotted at many venues in the northern suburbs of New York City, including various restaurants and cafes. He also leads the music on Sundays at Westchester Chapel, in White Plains, NY.

Here's what you say about
Dom Crincoli - New Dream.