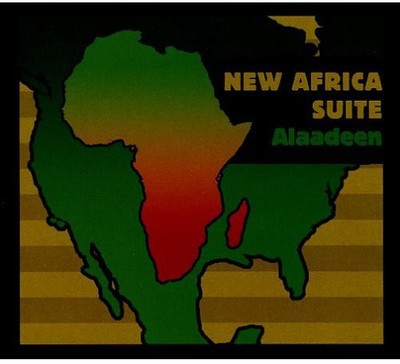 Ahmad Alaadeen Saxophonist, Composer and Educator HOME: Kansas City USA ^ LABEL: 'ASR Records Alaadeen is one of the most significant musicians actively working in the field of Jazz Music today. This Kansas City native is an award-winning performer, composer and educator, who continually performs and records at the highest levels of the music industry while engaging a noteworthy career that spans over 5 decades. Alaadeen has three international releases to his credit. BEGINNINGS: Primarily known by his surname, Alaadeen has also made a very strong international impression as a recording artist on his own 'ASR label. The saxophonist was a student of Leo H. Davis (who reportedly was also Charlie Parker's teacher during the legendary saxophonist's youth in Kansas City) and began performing professionally at the age of 14. Alaadeen would later study formally at the Kansas City Conservatory of Music, St. Mary's College and Chicago's DePaul University. He also spent significant periods of time living in New York, Chicago, Denver, St. Louis and San Antonio. Alaadeen is a proud veteran of the US military music program, where he served as a member of the 4th US Army Band as featured jazz saxophonist and principle oboist in the organization's wind ensemble. After several years of travels, he eventually settled back home in Kansas City. SAXOPHONE ARTIST AND COMPOSER: Since 1950, Alaadeen has played his sax with so many of the greatest names in music; starting with Jazz and Blues legends Billie Holiday, Miles Davis, Jay McShann, Ella Fitzgerald, The Count Basie Orchestra, The Duke Ellington Orchestra, Eddie 'Cleanhead' Vinson, right up through Motown stars Gladys Knight, Smokey Robinson, The Temptations and Sam Cooke. Along the way, he has become a legend in his own right, winning a bevy of awards including Billboard songwriting competitions for several of his original compositions. In 1996, his ensemble was picked as Musician Magazine's Best Unsigned Band. ARTS ADVOCATE AND MENTOR: Alaadeen is recognized in his community and state as a master of the distinctive sound known as Kansas City Jazz with his receipt of the Jazz Heritage Award, the Missouri Humanities Council's Community Heritage Award and the Missouri Arts Award. The Missouri Arts Council and the Mid-America Arts Alliance have awarded grants to Alaadeen and Alaadeen Enterprises, Inc. He is included in both organizations' Touring Artist Rosters. In addition to performing with his jazz ensembles, Alaadeen continues to work as a significant jazz educator. He epitomizes the term 'standard bearer' not only in his own playing, but also in the teaching and nurturing of emerging Artists. Recently, he was inducted into the RT Coles/Lincoln High School 'Outstanding Alumni Hall of Fame'. Additionally, Alaadeen served with distinction for 6 years as Board Chairman of the Historic Mutual Musicians Foundation, located in the 18th & Vine Jazz District of Kansas City. That particular organization is designated a National Historic Landmark by the US Parks Department and was also formerly the Black Musicians' Union (AFM Local 627) from 1917 until 1970 when it merged with Kansas City AFM Local 34. US CONGRESSIONAL AWARD AND MISSOURI GOVERNOR'S AWARD: On October 12, 2000, Congresswoman Karen McCarthy recognized Alaadeen in the United States House of Representatives for the contributions he has made to his community's understanding of it's heritage. On June 19, 2002, Missouri's Governor, Bob Holden, honored Alaadeen at an official dinner at the Governor's Mansion in Jefferson City. In an effort to acknowledge Alaadeen for making a significant impact in the history, development and performance of Jazz, and to applaud Alaadeen for his outstanding achievements in the art form of Jazz, Alaadeen was issued a Proclamation from the Office of the Governor, State of Missouri.

Here's what you say about
Ahmad Alaadeen - New Africa Suite.