Eric Petersen - Neon in the Black 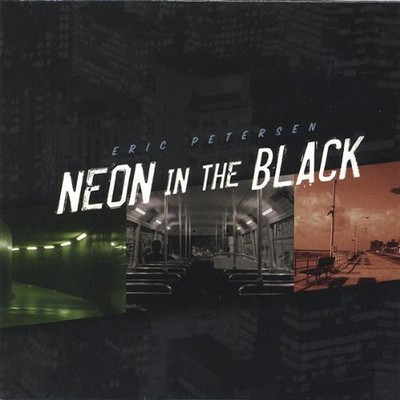 Eric Petersen has been on a journey to merge electronic, classical and americana. Since he was five years old, Absorbing the music of Aaron Copeland, Igor Stravinsky, Jan Hammer, Joe Zawinul, Keith Jarrett, Miles Davis, As well as the rock of the San Francisco bay area of the sixties and seventies, he has shaped his music into all of these and yet, his own voice remains at the heart of all of his music, Along the way he has played with some fine musicians like Gordon and Richard Rhodes, Mako Natsume, Tim Sanz ( Mr. Euphoria ) Joe Palermo and Lyle Workman. His CD Neon in the Black was a multiple award nominee in the 2006 New Age Reporter Lifestyle Music Awards including Album of the year and Best new artist, He performed new compositions at Seattle's Benaroya Hall in 2005 with the Seattle Composer's Alliance live concert events, He has scored three short films for the Seattle International Film Festival, Mission Improbable-2006 The Policy-2007 and Target Practice-2007. The song, Peace, For Pat was number one on Music Choice digital cable 17 different weeks in 2006 and 2007 and has been played around the world on over 217 radio stations including XM and Sirius, The CD Neon in the Black has gotten fine reviews from the following, R.J. Lannan and Bill Binkelman of the New Age Reporter and was featured on WMNR in November of 2006, Short samples can be heard on iTunes and of course at CD Baby He is composing music for a variety of film and television projects and the new CD is in progress as well. Thank you for listening ! !

Here's what you say about
Eric Petersen - Neon in the Black.