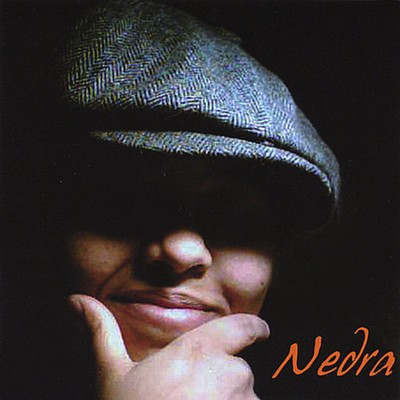 Nedra Johnson in a singer/songwriter multi-instrumentalist born & living in New York City. Her unique style of guitar playing is unmistakably informed by her many years as a professional bassist and keeps her live solo acoustic performances more on an R&B tip then what one might expect of a 'girl with a guitar.' Nedra's self-titled sophomore release is a joyful mix of R&B, funk, rock and gospel. Honest in integrity to the music as well as the lyrical content, each song is a testimony of her experience as a black openly lesbian woman in love, spirituality, community and or politics. From the first song 'Ahha (It's A Good Thing)' on through to the Maxine Feldman tribute version of 'Amazon,' this is proudly womyn's music and a great example of how Nedra has grown as a writer, arranger, producer and musician. Featuring lush background vocals and danceable grooves, Nedra makes the personal political and the erotic downright spiritual. Nedra has performed internationally at jazz, blues, pride & women's music festivals as a solo artist and a tuba player/vocalist with her father Howard Johnson & his group, Gravity. She surprised and impressed jazz audiences in Paris, Nime, Berlin, Vienna, Kassel, Macedonia, Muchen, Leverkusen, Los Angeles, New York & New Orleans when she put down her tuba and sang original songs with Gravity garnering such praises as from The Orange County Register, 'A little thing [an original from the CD Testify ] called Working Hard for the Joneses had the crowd on it's feet and whooping.' As a soloist, she has performed in New York, Los Angeles, Seattle, Portland, San Francisco, Oakland, Cleveland, Madison, Chicago, New Caledonia and more! Whether in front of an intimate audience such as at New York City's Rockwood Music Hall or a large festival audience of 7000 like Michigan Womyn's Music Festival, Nedra has the ability to perform with both a strength and a vulnerability that makes each listener feel like they are getting to know her on a personal level. Her thoughtful choice of words reflect not only who she is, but speak to the heart in a way that mirrors emotions many find difficult to express, allowing her a fan base diverse in ethnic, cultural and spiritual background. SPECIFICALLY ABOUT THE CD 'NEDRA': This CD is independently produced and released on Nedra's own label Big Mouth Girl records. It features Nedra's father, multi-instrumentalist & jazz legend Howard Johnson, her brother David Johnson and very fierce openly lesbian rap artist God-Des. Below are some recent reviews... 'Provocatively soulful... Like an acoustic incarnation of Big Mama Thorton and Ani DiFranco, in 'Michfest Blues,' Johnson sounds like a smiling maverick ready to push the envelope at any cost. Other songs combine funky baselines (think Stevie Wonder's 'Higher Ground') and a harmonizing synthesizer in the background leaving behind an early-'90s smooth jazz feel. Johnson has been known to perform the occasional Kurt Cobain cover. She bridges the feel of listening to old blues greats with cutting edge lyrics addressing social issues and what it's like to love the modern woman.' - Jana Katz, Daily Collegian 'If MeShell Ndegeocello is moving in a more jazz-oriented direction, then Johnson has the talent to pick up where she left off.' - Gregg Shapiro, Bay Area Reporter 'Nedra Johnson previewed songs from her forthcoming self-titled album on Big Mouth Girl Records. The good news is that her renditions on the disc capture the good-natured sexual and social spirit of her live performance and every song is a joy to behold.' - Gregg Shapiro, Chicago Free Press 'Nedra Johnson, blues and soul singer out of the Bronx has a red wine stained red velvet pillow for a voice. She's set deep; with rough cuts sung well.' - Hanifah Walidah, Sucka For Life Check www.nedrajohnson.com for details!

Here's what you say about
Nedra Johnson - Nedra.