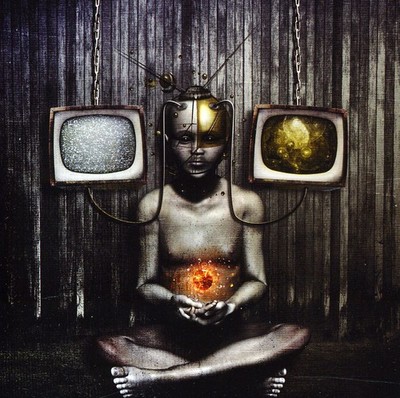 Blood Root Mother is an eclectic rock sextet from central MN. Their previous albums have featured artists such as John Lecompt (Evanescence), Phil Taylor (Future Leaders of the World), and on their newest release, Michael Hampton (Parliament Funkadelic). The band has existed in one form or another since 2003, but the current line-up of the group has been playing together since the summer of 2010. The band started as a trio with founding member Robert Newton, guitar and voice. Bass guitarist Bob Kanawyer has been in the group since a couple of years after it's formation, singer and guitarist Ryan Gaskill joined shortly after him. Current drummer Elliot Weiner has been with them since 2007. Blood Root Mother lost their talented and charismatic guitar player, Tony Ellis, in 2009 when his life was tragically cut short. Tony's guitar sound was often a defining element of their style, and as they chose to continue as a group much of the old material was abandoned. They were eventually joined by singer and multi-instrumentalist Barry Costanzi, then guitarist Andrew Persons. The fruit of this group's efforts, the album Mystic Machine, is to be released near the end of 2011. Blood Root Mother stands apart from their peers in several ways. First of all, the six personalities of the group pull the music in different directions at once, resulting in a varied blend of styles such as rock, blues, pop, funk, 'progressive rock', ambient noise, pseudo-classical, and 'Spanish reggae'. They are rhythmically adventurous at times, with influences from alternative metal, jazz, afro-Cuban, and Indian classical music. Despite the wide array of sounds, however, the result is a rock and roll band still within the contructs of English groups like The Beatles, The Stones, Led Zeppelin, Pink Floyd, King Crimson, and Black Sabbath, as well as American groups like The Doors, Alice in Chains, Soundgarden, Queens of the Stone Age, and Tool. The band features careful vocal arrangements from three distinct singers, Gaskill being considered the primary voice of the group. There are sometimes less-than-typical song structures, and occasionally the group indulges in over-the-top, aggressive musical passages. Listening to a Blood Root record is often more like watching a film or having a story read to you before nodding off into a strange yet familiar dream. They are truly becoming a gem of the Twin Cities independent music scene.

Here's what you say about
Blood Root Mother - Mystic Machine.