April Barrows - My Dream Is You 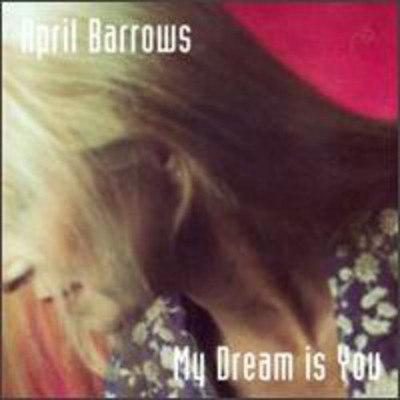 Biography: Singer-Songwriter April Barrows survived the sixties in San Francisco. When she graduated from high school she got her musician's union card, but had to work to support her younger sister. A few years later, she ran away to Nashville to be a musician. She struggled for recognition as a sideman, then spent several frustrating years writing jazz songs in the home of country music. Today, however, April is celebrating her first national release and a multi-record deal with Kokopelli Records. Indeed, listening to April Barrows' story it begins to sound like one of the songs that regularly emanate from her adopted home, Nashville. April's life- and her compositions- are much deeper than that. Her debut release, My Dream is You, features two cover tunes (a Duke Ellington piece and a Nat King Cole song) as well as ten originals. It is her originals - a rich blend of immensely contemporary lyrics and solidly rooted swing melodies - that make April stand apart from other newcomers on the music scene. Wishing On A Sax April Barrows was born in Milford, Connecticut, but moved at age five to the San Francisco Bay area. Like many artists, she grew up in a musical home and says her strongest imprint came from her mother's extensive collection of 78s. 'My mother raised a bunch of kids, but she managed to have an artistic life. She was really into boogie-woogie, but also had a great love for classical music. She played her record collection to keep all of us kids amused. Music was always there. As a result, when I started writing songs, the swing thing just fell out.' As a teen April learned of other jazz greats, including Ella Fitzgerald, Duke Ellington, Mildred Bailey, Louis Armstrong and the Boswell Sisters. 'I was a tomboy, through and through. When I graduated from high school, I owned a guitar, a few million records and I could fix my own Volvo. I had always wanted to play the sax, but my parents insisted that I play violin in the orchestra. Getting My musician's union card after high school was a big moment for me.' Follow That Dream April was also raised on the 'flower power' culture of the Bay area. 'We were pretty young but we got to see the tail end of the whole San Fracisco scene. Musically, it influenced me to do my own thing, find my own voice. The storytellers of Rock and Roll were my heroes: Bob Dylan, The Beatles and later Rodney Crowell and Emmylou Harris.' Music was always April's great love, but family obligations forced her to take a day job. 'I was raising a sister and working as a quality control specialist for a pharmaceutical company. I was making tons of money and had a lot of responsibility. But every spare minute I spent playing music with any band I could get into. When my sister grew up, I came to the conclusion that the only way I'd be happy was as a full-time musician. 'A friend called with an offer to play bass for a few weeks with a band out of Nashville. That afternoon, I loaded 13 boxes of records and a suitcase into my car, and I stole away in the middle of the night. 'I moved to Nashville to make records and get into the music business. It seemed like a town to get things happening. I wanted to be Emmylou Harris. But of course, when I got to Nashville, she was living and recording in LA!' With a Song in Her Heart As one can imagine being a jazz/swing singer-songwriter living in Nashville had it's ups and downs. 'I was focusing on being a sideman - playing bass and working with a lot of musicians. (During this time, April played and recorded with such diverse talents as Woody Herman and Vassar Clements.) But, it didn't feel like I was getting anywhere, I still wanted to make a record. I noticed that bands were driven by the songwriter. So in 1985, I became a full time writer.' April became an integral part of the Nashville songwriting community and spent a number of years writing country bluegrass and blues tunes. 'This is how I learned to write. I found though, that when I was just writing for myself, the swing tunes would just come out. Eventually, I realized that there was an overwhelming strength and personal truth in my jazz songs, and I consciously started to develop my 'natural voice.' I went back and studied songwriters from the great era of jazz, Cole Porter, the Gershwins, Arlen and Mercer. I had already written Mr. Moon, An Old Stuffed Sofa and Where the Blue Begins, so it came as a big surprise to learn how similar our methods and approaches were.' April's critically acclaimed 1996 debut release, My Dream Is You, was another big moment from the singer/songwriter. From her farm near Nashville, surrounded by ducks, chickens, geese, dogs and cats, however, April immediately began planning her next move. 'I want to work with Harry 'Sweets' Edison, Doc Cheatham, David Newman, and Clark Terry. I'd love to work with Wynton Marsalis. I went to see him a while ago and I sat right up in the front row. He threw some trumpet notes down on my lap and wow.' Sounds like another song.' Copyright © 2001, April Barrows/Mellotone Records.

Here's what you say about
April Barrows - My Dream Is You.