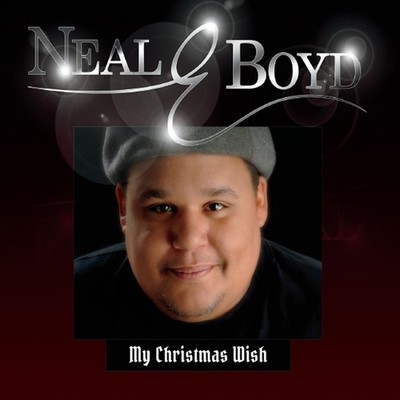 "The Voice of Missouri," Neal E. Boyd's life reads like the script to a Hollywood movie, one of those movies from the 1940s when rags-to-riches was a dominant motif and believing in a dream was enough to make it happen. In Boyd's case, that's exactly what happened. Born in the rural town of Sikeston, MO, the son of an African-American father and a Caucasian mother who separated shortly after he was born, Boyd was raised, along with his older brother, by a hard-working single mom, so money was frequently tight or nonexistent. Always overweight, Boyd had a difficult childhood socially, but his love of music helped him through, particularly after he discovered opera. Blessed with a strong and expressive lead tenor voice, Boyd began singing in school choirs and stage productions, continuing to sing while attending college, working a variety of low-paying jobs to pay his way and somehow still finding time to moonlight as a political intern for the Missouri State House of Representatives on the side. Eventually he earned a music degree at Missouri University and a speech degree at Southeast Missouri State University. He continued his political affiliations, often singing at dinners and testimonials, even as he sang on the competition circuit, winning the Music Teachers National Association Vocal Collegiate Championship in 2000, which led to his solo debut at New York City's famed Carnegie Hall in March 2001. But Boyd had grown into a practical man, and he shifted his focus to a more practical business career, becoming a successful agent for a national insurance company. All of that ended, though, when Boyd auditioned for NBC's America's Got Talent television show. He ended up winning the 2008 competition, earning millions of fans in the process, then taking home a million dollars and headlining his own concerts in Las Vegas at the MGM Grand and Hilton. It was rags to riches, just like in the Hollywood script, and Boyd now owns an insurance company while performing professionally. From now on he was a singer, and with his strong sense of civic duty, Boyd sang at countless political and state events, including audiences with the past seven sitting Governors of Missouri, and four U.S. Presidents, appearances that have earned him the official title of 'The Voice of Missouri.' His debut album, My American Dream, appeared in 2009 from Decca Records. His next release, My Christmas Wish, was released in December 2013.

Here's what you say about
Neal E. Boyd - My Christmas Wish.