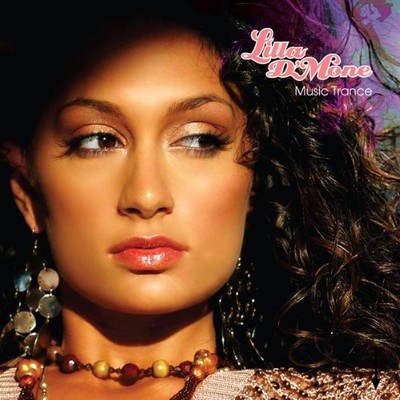 .: LILLA D'MONE - MUSIC TRANCE :. With her first album, "Music Trance" featuring Talib, Lilla D'Mone seems poised to stir the very essence of soul music. In a record that speaks to both those who have loved and lost, the 20 year old singer watches the world go by with tenderness and grace beyond her years-shining, through an uncanny storytelling ability. The music ranges from funk infused jazz themes to searing soulful ballads, written and produced by the artist herself. "I want this album to take people away from reality to a sensual place where they are comfortable, relaxed and understood," says D'Mone, "I think this album can put a restless spirit at ease for a while." Born and raised in Portland, Oregon, Lillian Marie Naiman grew up under the influence of her parents music: Billie Holliday, Marvin & Tammy, and Aretha Franklin she received from her mother; Hendrix, Sade and Tracy Chapman from her father. At the age of 6 she taught herself to play the piano by ear, with no instruction and no knowledge of written music. She began channeling the music through her own vocal chords when she was just 12 years old with her local gospel choir. In high school other opportunities presented themselves--in addition to gospel choir, she sang with Ulysses S. Grant High School's internationally recognized Royal Blues, at the same time providing stage and studio vocals for several local hip-hop acts. It was during this time that she found her niche in the local Portland hiphop scene. "I was the only girl rockin' the mic at the time, be it a show or a house party. There were no female m.c.'s here, much less other singers." In 2002, thinking about her own music career, she began applying her efforts toward what eventually became Music Trance, working hard inside and outside of the studio to develop her sound exactly the way she wanted. The largest influence on Music Trance has been the creation of the record itself, during which time an eager young girl grew into an industry-savvy diva with an enthusiastic fan base spanning the west coast. The late, great Andre Hicks--otherwise known as Mac Dre--introduced Lilla to Fahrenheit records CEO, First Degree the DE. During this time, she performed alongside such industry heavies as Andre Nickatina, B-Legit, Talib Kweli, and rap godfather, Too $hort. After doing guest vocals for a number of Fahrenheit Records releases, and studio work with local hip-hop notables she felt she had enough experience to strike out on her own. Some of her greatest tribulations came with developing Music Trance, and D'Mone learned, sometimes through frustration, what it would take to stand up for her record. Three years later Music Trance has Lilla D'mone's full confidence, largely thanks to the collaboration efforts of Andre Rivers, Syko, and MyG, and her own matured production abilities. Lead single Take a Moment is "a real song that everybody can feel because everyone has been through what I describe." Andre Rivers turns out a piano riff that escalates and coalesces with D'Mone's voice through every emotion--the song is very pretty in it's simplicity. Sitchiation's describes her journey to shed the negative people from her life and career. It stands out because of the insistency of the vocals played off of an expansive jazz/funk ensemble, "This is what we call flavorful." Lilla D'Mone has more words to back this. "People forget the importance of music's roots - the old singers and musicians. People are building sounds, but too many are building off of something that happened a year or two ago. The warmest sounds come from every era of jazz, soul, and blues, these are the sounds that remain unforgotten." The larger vision of the album can be glimpsed in Lost in the Music: "I paint a mysterious picture. You might be forced to forget your problems and find yourself lost, listening." You might have to dance, too. Syko, who best known for his production of the Mac Dre hit "Thizzelle Dance" was brought in to make the beat rumble. In an era where personal vision only has meaning for industry super-producers, Lilla D'Mone has successfully produced an album on her own terms, to her own standards of satisfaction. Music Trance contains no filler, no throw away songs. It's solidity speaks for both the artistic talent and outstanding work ethic that can only take the listener to a place this deep.

Here's what you say about
Lilla D'Mone - Music Trance.