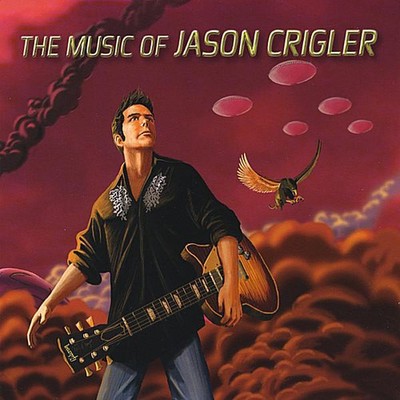 Featuring Jason Crigler\'s music performed by Teddy Thompson, Gustafer Yellowgold\'s Morgan Taylor and Rachel Loshak, Holly Palmer, Amy Correia, Neal Casal, Ursa Minor's Michelle Casillas, Kenny White, Noe Venable, Marshall Crenshaw, Erin McKeown and Gloria Deluxe's Cynthia Hopkins. This beautiful record had been shelved due to Jason\'s brain injury in August of 2004. Now recovered, Jason has completed the project. His incredible songwriting and musicianship can finally be heard on The Music of Jason Crigler. Jason has played guitar with many artists, including Marshall Crenshaw, John Cale, Linda Thompson, Erin McKeown, Teddy Thompson, Rachel Loshak,Ollabelle and others. Jason has also performed with Norah Jones, Suzanne Vega and Rufus Wainwright. { The 2008 award-winning documentary \'Life.Support.Music.\' } In August 2004, Jason Crigler, one of New York City's most sought-after guitarists, suffered a brain hemorrhage during a concert in Manhattan. That night at the hospital, the doctors told Jason's family-if he makes it through the night, there won't be much left of him. Jason's wife, Monica, pregnant at the time, froze. "Everything completely stopped. I forgot all about the pregnancy. I think I left my body. I remember thinking, 'This cannot be true. I cannot go on without Jason.'" Jason\'s family was forced to face the dark reality at hand. But they refused to accept the dark future described by doubtful doctors. So in the face of wrenching despair and horrifying odds, the Criglers made a resolution-Jason will make a full recovery. And thus began the long, grueling, implausible and mystifying journey chronicled in \'Life. Support. Music.\'