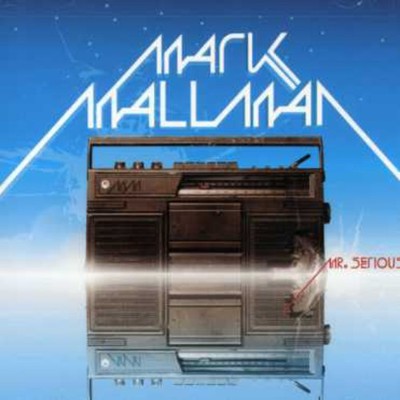 Mark Mallman refuses to let anyone in on the joke. As one of the most compelling and unique songwriters and performers to emerge from Minneapolis in years, Mark Mallman's reputation is exploding out of his home base into the world at large. His Midwestern fan base has been building strongly for years, as he has opened for a wide range of acts from Guided by Voices to Ozomatli, Beth Orton to Everlast, and Cat Power to The Barenaked Ladies - weird. Mallman mesmerizes audiences, blending the hard hitting showmanship of bands like Scissor Sisters and the Darkness with the classic songwriting styles of early Warren Zevon and Joe Jackson. He continues his reputation for incendiary live performances in support of his new album Mr. Serious. More than just documenting a great songwriter and performer, this album synthesizes the manic energy and reflective song craft like a displaced text book of rock. From September 4th - 6th Mark Mallman performed 'Marathon 2: The Longest Rock Song Ever Written', a mammoth 600+ page history of his own life - complete with a chorus and rhyming lyrics. The event doubled the record he set in 1999 of 26.2 hours. 'Marathon 2' was performed with the assistance of nearly 70 backing musicians in what has become the an ongoing series of a conscious blurring of rock music and pop art, Mark released his suicide-tinged, The Tourist in 1999 and it wasn't long before he became known as the Twin Cities' premier keyboard wild man. And the fans gathered with jaws dropped at him kicking and smashing vintage keyboards, dislocating a shoulder and breaking fingers, all the while screaming 'I am not a comedian, I am a serious rock songwriter!' In a track from his second release How I Lost My Life and Lived to Tell About It, Mallman recalls the marathon song in a simple, bitter lyric; 'I can't sing anymore like I used to'. By 2001 he'd become a crowd favorite selling out venues ever since. Not one to limit himself to any particular musical medium, Mallman pushed it all a step further with 'HUMAN INSECT,' a twelve-hour, Henry David Thoreau-inspired, sample-oriented live performance done from inside a 6'x2'x3' refrigerator box. This event brought him national press and television coverage. Then, a change - Mallman fans would see the costumes and 'punk' aesthetic virtually vanish from his live act, as he transformed into a piano showman. The resulting style would be parts Elton John and James Brown, and parts Lenny Bruce and David Lynch. In the summer of 2002, Mark Mallman released his third full-length, The Red Bedroom, which found him embarking in a sophisticated new direction. The album would eventually go on to be named the #2 record of 2002 on the Minneapolis Star Tribune's year end critics' poll. On Mr. Serious, his new album out on Badman Recording Co., Mallman continues to add dimension and depth to his constantly-evolving musical persona. Imagine if Joe Cocker and Freddie Mercury somehow conceived, and their resulting progeny grew up to be a southern Baptist preacher who espoused the gospel of rock and roll via renditions of Hedwig and the Angry Inch show tunes. Then you might have some small inkling of what Mark Mallman is about. In writing Mr. Serious, Mallman wrote 70 songs over the course of a year and a half. As he says, 'Writing songs is really the only thing that's kept me from jumping out of moving cars, or off bridges. Now give me those doughnuts, or I'll eat your soul.'

Here's what you say about
Mark Mallman - Mr. Serious.