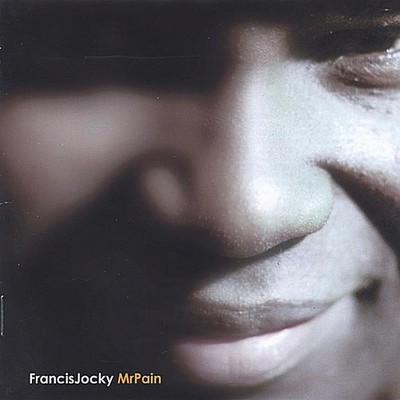 Francis Jocky is one of the most exciting songwriters in the modern music scene. His music is a mellow blend of fantastic pop songwriting, international sounds and flavors, and soulful instrumentation. From Africa to France to the American stage, Francis Jocky is an artist with universal appeal. Francis Jocky was born in Douala, Cameroon. From an early age he learned to express himself through music and by the age of twelve had begun playing piano and writing his own songs. At the age of fifteen Francis relocated to France and began to pursue his interest in music within the local music scene in a serious manner. Francis has a wonderful duality as an artist, which probably has it's roots in his combined educational and musical training. He is the recipient of a PhD from the prestigious Sorbonne University in Paris, France combined with being a critically acclaimed musician and artist, who has made a name for himself in the European music scene. Francis has played in several different bands along the way, but it was his collaboration with his brother Bobby in their band, CLASS that got the industry to take notice. The band was signed to a French label and was heavily promoted. Immediately following that experience, Francis began forming his own label. As Francis' reputation as an artist grew, he was approached by the legendary, Jon Anderson, lead singer of Yes. After hearing some of Francis' work, Anderson proposed that the two form a band. In 1998, Jocky and Anderson formed Know and were signed by Eagle Rock Entertainment. Fourteen songs composed by Francis became part of "Know"'s critically acclaimed album "The More You Know." Francis later performed at "A Tribute to Sting," and also played his own music in clubs around the globe. His influences are easily traced to artists such as Jackson Browne, Randy Newman and Motown greats such as Stevie Wonder. He has been heavily compared to both Seal and Al Jarreau and also counts among his influences, jazz masters such as Miles Davis and Thelonius Monk. Over the next few years Francis participated in many high profile concerts. He was also involved in the 2000 MIDEM music conference and in 2003 he put together his current band and was even fortunate enough to sing with Stevie Wonder while in Monte Carlo. The response of those shows was huge and Paris media hailed him as "The New Sensation." In late 2003, Francis was invited to the Nemo Music Festival around the Boston Music Awards. "I was impressed with the reaction of the audience," he says, "for me it was huge." In 2004, Francis was approached by Eagle Rock Records to produce an album using South African music enhanced with Modern production. Francis took the producers role, taking the name of "Living Souls " for the project. When the album, "Ambient Africa " was released, it received critical praise from the worldwide media. Since it's creation in 2006, Francis Jocky is heavily involved with the Festival "Tout le Monde Chante" which takes place twice a year in Aveyron (South of France) and at the legendary Olympia Hall in Paris. The festival showcases France's Entertainment VIP's, all participating for a non-profit organization which helps children with cancer. While his recorded music is remarkable, live performances are his strength. During a performance with Jocky, Bono remarked, "Francis, you are a star!" After working with artists such as Jon Anderson and performing with Stevie Wonder, Bono, Isaac Hayes, Jacques Higelin, Ray Lema, Wally Badarou, and Liliane Foly amongst many others, Francis embarked on the writing of his debut solo, CD, Mr. Pain. Written and produced entirely by Jocky, the CD has songs that talk about love, the state of the world and the human condition. "I play music because I have something to say," Jocky says. "There are so many things that make you want to scream every day. You need to express them."

Here's what you say about
Francis Jocky - Mr. Pain.