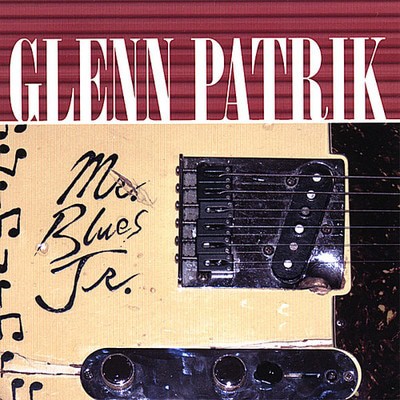 Although the album's seven raw and soulful vocals and one raucous instrumental jam ("Candystick") are rooted in a distinctly American musical story, Patrik is quickly becoming an international ambassador for the music that has defined his life. Without the benefit of formal radio promotion, tracks from Mr. Blues Jr. have hit the airwaves across the U.S.A. and everywhere from Denmark, Poland and Belgium to Thailand and Brazil. Patrik got the name of his debut recording indirectly from K.C. Blues guitar legend Leon Estelle on "Mr. Blues Day," when the city paid homage to him. Estelle was Patrik's mentor and always told everyone that Patrik was his son. So when someone pulled the younger musician up on stage for the presentation, Grace Harris, aka Amazing Grace, owner of Harris Barbecue, introduced Patrik as "Mr. Blues Jr." This episode reflects the intense professional connection Patrik has had his whole life with legends of the blues we've all heard of (Luther Allison, John Primer, Lefty Dizz) and others who were strictly KC heroes. Over the years, his resume as vocalist, guitarist and arranger grew to include working with Little Hatch & the Houserockers, Ray Drew, Chick Willis, Abb Locke, Anetta "Cotton Candy" Washington, Millage Gilbert, Valerie Wellington, Lefty Dizz, George Baze and Joe Houston; he also spent a year on the road with the great jazz vocalist Kevin Mahogany. Since launching his blues odyssey well before the age of 21, hitchiking and hopping trains from Kansas City, Kansas' massive railroad switching yard to all points north, south, east and west, in search of musicians that he had only heard of, Patrik says, "I've spent the last thirty somethin' years tryin' to show up early, look sharp, and deliver the guitar/vocal sound that the boss was lookin' for." Now, with the release of Mr. Blues, Jr., he's the boss, making sounds that carry on the legacy of the greats he learned from. Mr. Blues Jr. was named the # 12 Blues CD of 2008 on the Real Blues Magazine Top 100 CDs Chart.

Here's what you say about
Glenn Patrik - Mr. Blues JR..