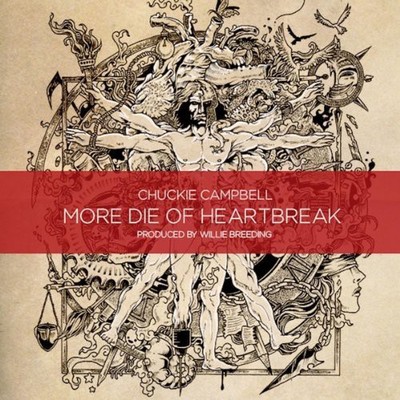 Chuckie Campbell lives in Buffalo, NY, where he writes short stories, poetry, and music. He is the founder and editor of Sunsets and Silencers, an online journal for the arts. Currently, he's working on a music project, set to be released in 2013. When Esente Center Stage selected Chuckie Campbell as their emerging artist of the week, writer Peter Amara affirmed him as 'super-lyrical' with words 'that thrust' the listener 'in the middle of the scenario,' praising the rapper for his "intricate wordplay" and "incredibly fast flow." In early 2013, his song 'The Streets,' produced by Marc Jones, struck a chord with listeners all across the nation, when it amassed the most overall votes in The Grammy's Amplifier Contest, accumulating 95,058 amps, listens and shares, more than any other artist in any other genre who participated in the contest. His most recent project, More Die of Heartbreak, is heavily anticipated by fans and followers, produced entirely by Willie Breeding, featuring guest appearances from the brother/sister duo The Breedings, members of the Wu Tang Clan, Cappadonna and Solomon Childs, as well as Block McCloud, rapper and producer for Disturbia Music. More Die of Heartbreak CDs are packaged in 6 Panel DVDigipaks with a Custom sized 12 panel poster fold DVD case insert (14' x 14') with a Custom sized 12 panel poster fold that fits inside the package. Plus, ALL of the album art is illustrated by Kerby Rosanes of Sketchy Stories, based out of the Philippines. It is intricately detailed and tailored toward the content of the album. For those who still listen to CDs, who get into the lyrics and like to follow along, and love the feel of the packaging, the raw feeling of tearing off the shrink wrap, either as a novelty item that complements the art or something more that matches the story of an album as an experience, this is more than a bonus. It's especially made for you, just for coming on this ride with us. It'

Here's what you say about
Chuckie Campbell - More Die of Heartbreak.