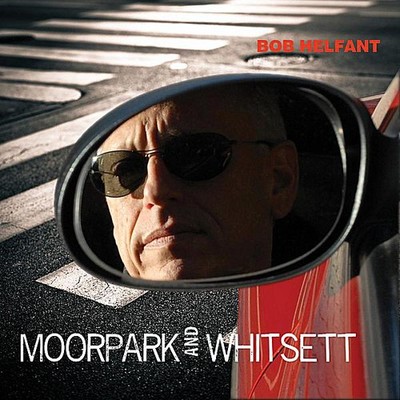 I met Bob Helfant a few years ago at the Sweet and Hot Jazz Festival in LA. I noticed he was playing awesome riffs with the wah pedal that I had pioneered for guitar in 1967. I told him he was the first guy I heard in 40 years who knew how to use the pedal musically. We stared talking at that gig and from then on, became good friends. I don't know what to say except it was an honor to be part of your album which will endure as a masterpiece of your talents as a composer, producer, vocalist and subtle but killer player! Somehow he managed to stay under the radar all this time. This collection of songs is an excellent introduction of Bob's music to you all. I'm sure you will enjoy it as much as I do. Take it from me, he's the top. Now let's jam! Best, Del Casher Recorded at Studio City Sound, R. Friedman Studios, Lost Elephant Sound and Scoredog Studios Mixed and Mastered at Studio City Sound, Tom Weir, Engineer All songs copyright Bob Helfant All Songs published by Lost Elephant Music All Photographs by Loretta Helfant First I need to thank the musicians who played on this with me. I was introduced to Matt Laug and Lance Morrison by Tom Weir at Studio City Sound and they became the heartbeat of the project. Del Casher, one of the electric guitar's founding fathers, was kind enough to play on a track. He brought Paul Morin in with him to play double bass. Craig Sharmat had exactly the right touch for Eye of the Hurricane and Richard Friedman dressed up most of the tracks with whatever instruments were needed. They are friends and fabulous players. Towards the end of the project I met Leonard (Dave Clark 5) Davidson (virtually) and used his wah wah pedal (now my wah wah pedal) on the Easy Money solo while trying to talk him into playing on North Star. We didn't quite get it together for that, but hope to manage it for the next CD. My son, Harry Helfant made his recording debut on this CD. Doug Snyder who I play out with in a few local bands joined me for a few songs. The last player who came to the project to put the final touches on the songs was Kristen Toedtman. She is an amazing artist and added the perfect touch to every track she joined me on. From the first note to the final mastering, there was Tom Weir at Studio City Sound, who elevates engineering to something approaching magic every day. He produced this with me always politely letting me know a part was right and when it needed to be tossed. Thank you to my son, Daniel Helfant for keeping me aware of music recorded after 1990. Thank you Loretta Helfant for taking all the photographs for the package. Aggie Kelly did all the design work and oversaw the production of the packaging, stopping only to shovel snow. Thank you Aggie. Thank you Charlotte Helfant for being the Eye of the Hurricane. And lastly, thank you to my family, friends, and the musicians I was on the road with way back when. This has been the most fun I have had in a long time - maybe ever. Moorpark and Whitsett - For 14 months, once or twice a month, I would drive up from Redondo Beach to Studio City Sound at the corner of Moorpark and Whitsett to put in a few hours of work on this project. It took longer than it might have, but we got it done. Bob Helfant.

Here's what you say about
Bob Helfant - Moorpark and Whitsett.