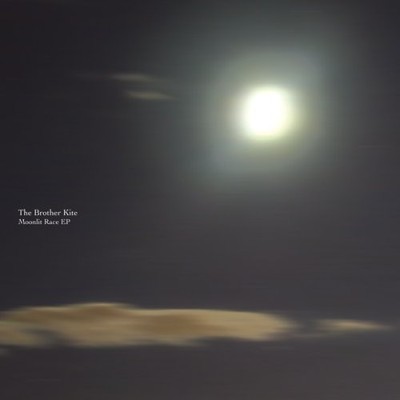 Over a year in the making, the Brother Kites Moonlit Race EP has undergone several conceptual changes as time has moved on. The final product is one to cherish. Originally conceived as a single for Get On, Me - arguably the catchiest song on their masterful sophomore album Waiting for the Time to Be Right the EP stays true to form by leading off with that track. From there on, the listener is treated to five exclusive tracks. We are treated to alternate versions and mixes of two album tracks from WFTTTBR, including the title cut and Hopeless and Unsung. A never-before-released live version of Never in Years from a WERS 88.9 radio session in Boston is also included. Sandwiched in the middle of the disc are two solid non-album tracks. Unearthed/Digging in the Dirt is taken from DJ Potters creepy child-zombie short film of All That Is Unearthed. The track Half Century appears here in hard-copy format for the first time. The track was originally recorded for the most recent Adult Swim download compilation entitled Warm and Scratchy, and saw the band sitting comfortably alongside an impressive array of indie notables such as the Rapture, TV on the Radio, the Raveonettes, Fennesz, Broken Social Scene, the Liars, Asobi Seksu, Amusement Parks on Fire, Les Savy Fav and more. In addition to the six audio tracks, the CD has enhanced content featuring three videos! The alternate version of Hopeless and Unsung gets paired with an artistically-shot video. I'm Not the Only One has been a fan-favorite over the past year, having been downloaded off the band's website and YouTube more than 5,000 times. The video is beautifully and professionally shot, and appears here on an official format for the first time. The disc is wrapped up with a funny, behind-the-scenes, home-shot video by the band about the recording of the penultimate album track Get On, Me....

Here's what you say about
The Brother Kite - Moonlight Race.