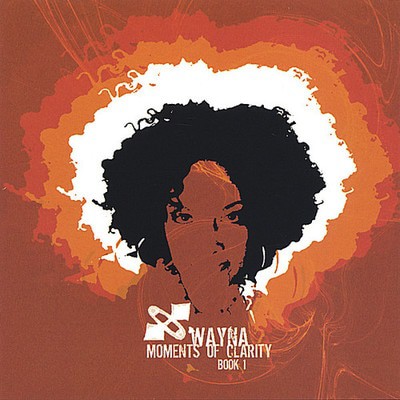 'Her voice reminds me of Syreeta's...She's incredible.' Stevie Wonder 'Moments of Clarity is a compelling and varied chapter of contemporary R&B...Wayna is one to watch. ' Essence Magazine 'Lauryn Hill is a close comparison...Every track is a pleasure to listen to.' Music Monthly 'With stellar songwriting, engaging lyrics, and magnetic vocals, 'Moments of Clarity' can easily be re-dubbed 'Moments of Greatness,' and there are plenty of those moments on this project.' musesmuse.com 'The quality of this project is so real. 'Moments of Clarity' is a ground breaking release that is sure to encourange, equip, strengthen and rebuild the uncompleted.' Nu Flav Magazine 'After hearing her heartfelt harmonies, listening to these lucid lyrics, any woman must wail out in wonder, hail to this powerful poet, this prophetess of positivity...the girl is good.' Indiemusic.com 'She's a refreshing alternative to an ever so diluted music industry.' Digital-DJs.com 'It won't be long until [the album is] being mentioned in all of the places where quality soul is the only topic of conversation.' Funkjunkiez.com 'Wayna is as much a poet as she is a singer -- and she has these wonderfully visual lyrics that are a great contrast to some of the sweeter sounds of the Neo Soul generation.' Dusty Groove America 'Her smooth blend of pop and R&B will be right at home on the shelf next to Erykah Badu, Zap Mama, and Destiny's Child.' World Pulse Magazine BIOGRAPHY It has been said that Ethiopian-born, singer/songwriter Wayna posses a voice that is as sweet and pure as it is honest and passionate. This young talent's love for music started as a child, when she starred in theater productions like 'Annie,' and 'Damn Yankees' and toured with a children's musical review company. Wayna went on to hone her vocal talents as a young adult by absorbing the works of her favorite artists, including Minnie Riperton, Billie Holiday, Stevie Wonder, and Donny Hathaway. While in college, Wayna was crowned Miss Black Unity of the University of Maryland in 1995, earning a one year tuision scholarship and special honors for 'Best Talent' and 'Best Response to Question' at the 17th annual pageant. The following year, she founded a gospel quartet and performed with the group at the World Famous Apollo Theater in Harlem, NY, where they placed as finalists in the Amateur Night competition. She traveled with the critically acclaimed University of Maryland Gospel Choir and regularly performed at churches and gospel showcases throughout the East coast. After earning a Bachelor's degree with a double major in English and Speech Communication from the University of Maryland, Wayna began her professional career as a Writer in the White House for the Clinton administration. But soon, the pull to realize her dream as a recording artist would prove too great. She left to concentrate on her music full-time. Since then, Wayna has collaborated with legendary studio icon/producer Bill Laswell, with critically and comercially hailed producer Eran Tabib, Jive Records producer, Veit Renn, and former Touch of Jazz standout, Kev Brown. She is a featured vocalist/co-writer on on the Sly and Robbie album, Version Born released by Palm Pictures and also featuring contributions from Killah Priest, Black Thought, and N'dea Davenport. She's also served as a featured vocalist and writer on a number of independent projects for artists, including W. Ellington Felton, Kenn Starr, Kev Brown, Cy Young, and Tamara Wellons. Wayna has recently opened for a number of internationally recognized artists on the DC leg of their respective tours, including Fantasia, Amerie, Common, Bobby Valentino, Jaguar Wright, Kindred, and Chuck Brown. She's performed and headlined at renown venues such as the White House (DC), the Temple Bar (CA), the Apollo Theater (NY), the Lincoln Theater (DC), Joe's Pub (NY), Dream Nightclub (DC), the Black Cat (DC), the 9:30 club (DC), Bohemian Caverns (DC), Takoma Station (DC), the Ashford and Simpson Sugar Bar (NY), and the George Dome (GA).

Here's what you say about
Wayna - Moments of Clarity: Book 1.