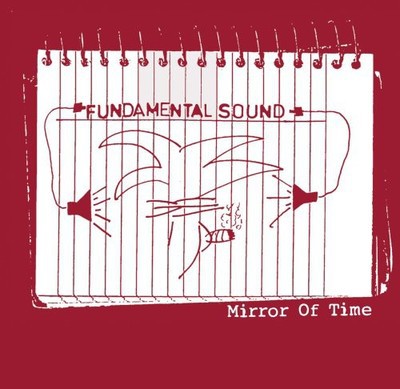 What do you get when you mix a father who is a Rhythm and Blues guitar player, a house that always had something soulful with a groove playing in the background, and a mother who taught her only child how to sing harmonies, sitting around the dinner table? Miles Roy-Rogers (a.k.a. Fundamental Sound) was born June 24, 1977 in Ashland Oregon, and literally took his first breath, then began singing and creating wicked grooves! Family friend and neighbor Todd Barton (Resident Composer for the Oregon Shakespeare Festival) would synthesize sounds and test them on young Miles to see what kind of emotional reaction they'd evoke; Scary, Fun, Sad, etc. This relationship with Todd developed into a full blown mentorship in High School, and continues to this day. Listening to the home grown samples on "Mirror of Time" leaves little doubt that Todd's synthesizers had a strong influence on Mile's work. Through Todd, Miles was introduced to Jeff Stolet (Philip H. Knight Professor of Music, and Director of Future Music Oregon) whose Future Music Oregon program associated with the Music Technology track of the University of Oregon School of Music, where Miles got his secondary education. While attending the U of O, Miles answered a flyer that a band put out looking for a Reggae Keyboardist. Band Leader Bibs Goff (More Time), a staple of the Oregon reggae community, took Miles under his wing. With the expert guidance of Bibs, Miles learned how to sit deep in the pocket of a reggae groove. Pushing the Bubble, Piano bang, and lead lines for More Time, Miles came into contact with many of Reggae Music's Forefathers. Opening for bands like the Wailers (Bob Marley's Band), Steel Pulse, Burning Spear, Toots and the Maytals, The Abyssinians, Culture, Pato Banton, Third World, Eek-A-Mouse and many more, lead Miles to some crucial conversations and realizations. Miles would sit for hours listening to the opinions, philosophy and even theology of these Forefathers. These conversations heavily shaped the thoughts and compositions of Miles. Eventually Miles was hired to play keyboards and had the opportunity to go on a small tour of the Pacific Northwest as a part of the backing band for Apple Gabriel (Founding member of the Israel Vibration). Yearning to learn and discover more, after Graduating from the University of Oregon with a Degree in Music Technology and a Minor in Business, Miles realized he would need to relocate to a bigger city where he could advance his education and become more skilled in the studio. Miles headed to the heart of the music-meets-technology scene, Southern California. After just over a year in Los Angeles, he found himself working as a Studio Engineer for the University of Southern California (USC) Cinema-Sound Department. This was exactly the opportunity and education Miles was looking for, and the best part was... he was getting paid! For the next 3 years, Miles honed his craft of recording and mixing for both music and Film at USC. During his current stint in LA, Miles has played with a few local reggae bands: The Legalizers, Bonsai Tribe, and The Fire Burn Crew (Backing Shine Head). Miles spends most of his time in his home studio in North Hollywood, CA, that he lovingly refers to as "The Asylum", the walls of which are covered with recycled down comforters. Miles told me "Padded walls are one way to always keep me wondering whether I'm crazy or not." Either way, let's hope wherever Miles Rogers of Fundamental Sound is locked up, his musical instruments and recording equipment are only an arm's length away!

Here's what you say about
Fundamental Sound - Mirror of Time.