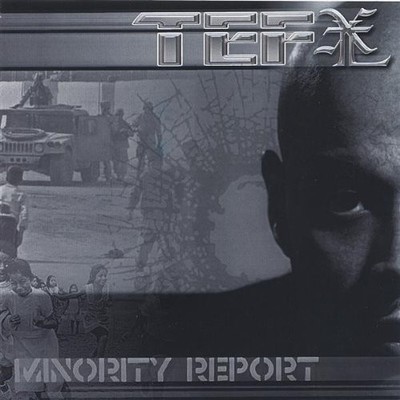 At the age of twelve, Tef XL was embedded in hustling drugs, and committing robberies. He first started rapping as a hobby, to entertain his friends while standing on the project corner. As years past, he began using rap as a channel to give his friends updates on the latest gun battles or crimes committed in the neighborhood. Soon rap became an addiction, which allowed him to express his feelings towards the world. As a seasoned emcee TEF-XL brings a diverse and complex perspective to urban music. TEF-XL first hit the local music scene in Jacksonville, FL with a conglomerate of emcees known as E.A.S.T U.N.I.T. As a unit they performed multiple shows opening for rap legends such as Notorious B.I.G, Scarface, Outkast, just to name a few. TEF-XL, also retained a dark side, known as a notorious hustler on the streets. After frequent encounters with law enforcement and near death experiences, TEF-XL made a promise to himself, his daughter and the game, that he would acclaim higher achievements and give documentation to the streets from which he came. To accomplish such a task TEF-XL revamped his outlook on life and pioneered a street hustle to accumulate money to attend college, and then pursue his music career. When asked why he chose to attend college, TEF explains 'I didn't want my daughter to use me as an excuse for not pursuing a higher education. In fact, I didn't want her to take education lightly. So I figured I would lead by example.' Despite a multitude of minor setbacks, TEF accomplished attaining his college degree. Now he has set out to finish what he started. In an ever-evolving music business, he definitely has a task before him. 'Minority Report' the self titled album is that promised documentary that takes you further into the reality of street life and the perpetual struggle many face. TEF-XL is guaranteed to satisfy an intellectual diet, while gripping the soul of hustlers, with his melodic flow and emotional tone. Fans of TEF-XL will easily satisfy their malnourished appetite, with true hip-hop substance!

Here's what you say about
Tef Xl - Minority Report.