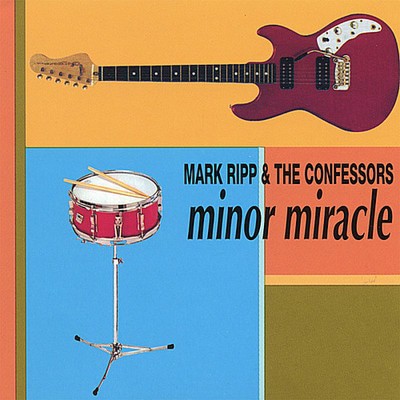 My start was in the coffee houses of Toronto some thirty years ago. I came of age in the singer songwriter heyday of the seventies. Dylan, Neil Young, John Prine etc. Getting a song across with your voice and an acoustic guitar was what felt most authentic to me, and today I still divide my time between playing solo and with my friends. Somewhere in those early days I decided to opt for volume and formed a series of top forty/original bands that led to a core of guys that would eventually become The Bel-Vistas. In the mid-eighties pre Vistas time frame we were known as 'Invent The Game' and then just 'The Game'. At that time we had a big sound (lots of keys/synths) and bigger hair! Time ran out on the skinny ties however and when that group folded Bob Hamlyn, John Toffoli, & I recruited Mike Baxter and kaboom! BEL-VISTAS We were together ten years and put out three records. It was a brotherhood. The 'Make it or break it' kind of band you romanticize about. Good friends pursuing a common dream. Our credits include record & distribution deals with indie labels Eureka & Blue Rose, publishing with Sony, video play on Much Music & CMT (Canada & Europe), cross Canada tours, opening spots for Canuck icons The Tragically Hip, Blue Rodeo, & Tom Cochrane, as well as radio play in Canada, the US, & Europe. After ten years and many miles we packed it up and called it a day. My post Vistas life has been full. I became a father and stay at home dad. In 1997 I put out the first disc under my own name titled 'Wherever I Go'. A couple of years later I got together with ex Vistas drummer John Toffoli and began working on some songs. Sometime after we called mutual friend David Stokaluk to play bass (and later guitar). Mark Ripp & The Confessors were born. The bass gap was handled first by 'King Kong' Girio and then by the able bodied singer/songwriter Laurence Roscoe. 'Minor Miracle' was our first release. Positive reviews came from CBC Radio & Ottawa's Weekly Express. Gigs followed in and around Toronto (including two NXNE festivals). In 2003 with heavy hearts we said goodbye to brother Dave Stokaluk who left to pursue a wonderful solo project. Enter former Bel-Vistivian and "Titan Of Tremelo" Bob Hamlyn. Suddenly three old friends were together again. "So what do we do now?" I decided to dive into the DIY world of digital recording and produce a completely in house record. I've read a lot of manuals, clicked many clicks and though slow going at times we keep chipping away! With a good tail wind the next album should be done in 2008. Before I finish up, I should mention some influences. Bruce Springsteen, Thomas Merton, Midnight Cowboy & Six Feet Under come to mind. So there ya go, glad that bio crap is over, what's important is the songs and connecting with people. Hope you enjoy the material. Take care. MR.

Here's what you say about
Mark Ripp - Minor Miracle.