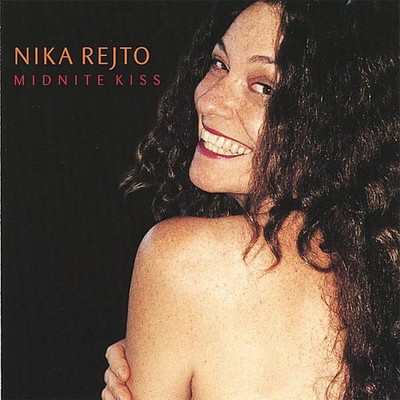 Jazz USA writes: This is another one of those GEMS that pops up in the review pile every so often. This is a keeper! All About Jazz writes: Jazz Flutist Nika Rejto soars on this new addition...Compared to the great James Moody, Nika once again teases our souls and delights our ears with Such Pristine Flute Playing it is hard to imagine that she is not touring the world. Jazz Now says, If you don't MELT to this one you need to again kick-start your soul. 'She had an audience of over 2,000 in the palm of her hand. It was very obvious that we had a major musician on stage.' Dr. Herb Wong, producer of Nika's Bridge Weaver CD. 'One of the nation's finest flutists!' San Francisco Jazz Festival. 'Nika Rejto brought the house down!' Downbeat Magazine, re: Hubert Law's Concert at Dorothy Chandler Pavilion 'Flawless, entertaining, excellent. Jazzreview.com 'Rejto is one of the most exciting flute players to stake a claim in the vast territory of mainstream jazz in recent years.' Andy Gilbert 'Nika has one of the most beautiful tones I've ever heard!' Dmitri Matheny, flugelhornist 'Her playing is so strong and aurally exciting, anything she plays comes out gorgoues.' John Shifflett, bassist Nika Rejto, acclaimed as one of the nation's finest jazz flutists, has graced the stage and stunned audiences with her 'rich tone and technique that never descends into gimmickry' for the last 30 years (Leonard Feather). As a soloist, she has performed with many jazz greats, including Red Holloway, Hubert Laws, Lanny Morgan, Frank Wess, Jeremy Steig, Freddie Hubbard, Chick Corea, Benny Carter, Airto and Flora Purim, George Cables, Billy Higgins, Buddy Collette, and Horace Silver, to name a few. Downbeat Magazine wrote '... her solo brought the house down!' [referring to her guest appearance with Hubert Laws at the Dorothy Chandler Pavilion, Los Angeles.] Besides leading her own jazz band as both flutist and vocalist, she also performs with various orchestras and ensemble groups. Nika Rejto released her first album, Naked Emotions on her own label, Unika Records, showcasing her multi-faceted talents as composer, arranger, and producer. Leonard Feather's liner notes set in motion her climb up the ladder as one of the best flutists to hit the scene. 'Rejto's flute is rich in long, affirmative phrases decorated by all manners of trills, tremolos, growls and other effects that never descend into gimmickry...Rejto, who was once introduced as a guest soloist with Hubert Laws at the Dorothy Chandler Pavilion, sounded like a good bet for records with this diversified display of her well honed talents.' In 1998, Bridge Weaver, produced by Herb Wong, firmly established Nika on the jazz scene. Jack Bowers of JAZZ NOW wrote, '...there are only a handful of working flutists with whom to compare her - old hands Frank Wess, Herbie Mann, James Moody...' Herb Wong states, 'Anyone hearing Nika is simply knocked out by her remarkably gorgeous tone - something from the angels.' Robert Tate of JAZZ NOW reviewed Nika's performance with Red Holloway at Bach Dancing and Dynamite Society, and had this to say about her; 'Nika's improvisation was beautiful, imaginative, swinging . . . anything but predictable; but what we were really hearing out in the seats was how much she meant every note of it. We got personally involved in her effort; it was as though we were making the journey with her, note by note.' In the summer of 1999, Nika once again produced and released her 3rd recording, Liquid Love, this time featuring 14 year old pianist, Taylor Eigsti. Midnite Kiss, (May, 2002) once again features her fine flute work coupled with eight of her own compositions. Nika just moved to Lafayette, CA after residing in Redwood City for 12 years. She divides her time teaching performing, and raising two teenage boys. On May 29, 2000 her band, Ode To Jazz, debuted at Yoshi's Supper Club in Jack London Square, Oakland, as a Jazz In Flight presentation. Nika's August 12, 2001 Bach Dancing and Dynamite Society gig was videotaped for Cable TV. Last August 24, 2002 Nika performed at the Vallejo Jazz Festival, honoring women in jazz. Nika performed for Hubert Laws' Lifetime Achievement Award Banquet in Las Vegas. Since her return she has appeared again at Yoshi's and The Downdown Restaurant, as well as Anna's Jazz Island, the new venue in Berkeley, CA. In January, 2006, Teazing Socrates, Nika's newest CD, will be released.

Here's what you say about
Nika Rejto - Midnite Kiss.