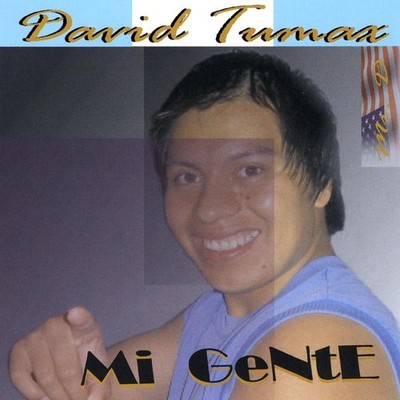 David Tumax is a christian artist who writes, records and produces his own music. His desire is to bring JOY, PEACE and HOPE to everyone through his music and songs that cross all borders. David uses his contemporary music to influence the lives of youth and reach them for Jesus Christ. Español David Tumax es un artista cristiano quien escribe, graba y produce su propia musica. Su deseo es de llevar GOZO, PAZ y ESPERANZA a todos sus oyentes a traves de sus canciones y música que cruza cualquier frontera. David USA su música contemporanea para llegar a l;a vida de lso jovenes y así alcanzarlos para Cristo Jesus. English Was born to Obispo and Francisca in Totonicapán, Guatemala where he grew up in mountain village named Quiacquix. David grew up in religous church, but became a Christian when he was 15. He is the oldest of 6 children - himself, three brothers and two sisters. David now lives in the United States with his wife, Jenny and their daughter, Salem. David has been involved in music since 1990, when he and his family started to perform songs that his dad wrote in their native language of K'iche'. David's family has, in fact, recorded 7 albums of their original music, and continue performing their music in churches and for community activities today. Neither David or any other member of his family received, initally, any formal musical training, but with practice, patients and time, several of David's family members have developed into very capable musicians who are very active in their church's choir/band. David now plays keyboard, piano, guitar and even writes and produces his own music using a wide variety of musical styles, instruments and equipment. Every day, David writes new songs and music, all of which have a positive message for all people.

Here's what you say about
David Tumax - Mi Gente.