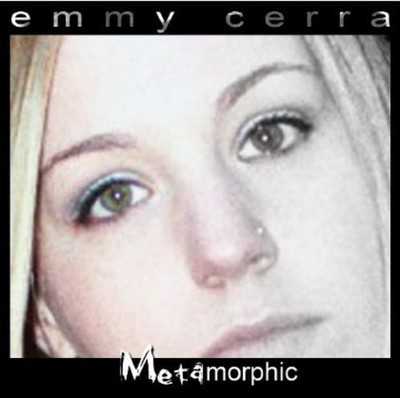 One of the most versatile performers in Boston, Emmy Cerra is a singer/songwriter who can rock a stage. Whether she is playing with a full band or alone, her performances transcend expectations of this genre. Emmy's songwriting is one of her trademarks. If you want lyrical music that rocks; you found it. The Massachusetts native never took part in any formal music training, opting to take her own approach instead. She spent her early years bouncing around from home to home and town to town, eventually setting out on her own at the age of fourteen. She saved up her money, bought a guitar and spent her high school years going to school, working full-time, and playing music every chance she had. When she was nineteen, Emmy started performing live doing cover songs at dive bars in Lowell, MA. She quickly began throwing her original material into the mix. Soon people were singing along to Emmy's songs and cover songs were being played less and less. Emmy then decided to study a bit of music engineering at a local studio and recorded her first album called Metamorphic. Half of this album was recorded in her bedroom and the other half at the studio where she was studying. When you hear the album, you not only hear the music; you hear her fingers and her lips, you hear her honesty and emotion. The second album entitled Tinderbox is scheduled to release in the Spring of 2009. Emmy also performs and records with other musicians. One of them is Mel who is an influence to her musically and personally. A native of Stafford, Virginia, Mel Fitzhugh (A.B. Harvard-Radcliffe: Music Theory and Composition) has performed with the Radcliffe Choral Society, Coro Allegro, the Harvard Wind Ensemble, the Village Circle Band, and WACSAC. She studied composition and conducting with Roger Marsh, Jeff Stadelman, Beverly Taylor, James Yannatos and Thomas G. Everett. Melika, who has composed music for film and stage, was a member of Just In Time Composers and Players and is currently a member of eclectic music ensemble Urban Myth and Lucretia's Daggers (a darkwave futuristic metal band), in addition to playing bass recorder with medieval/renaissance ensamble Quilisma Consort, Melika enjoys playing a variety of instruments for folk dance ensembles, including violin/viola, guitar/bass, recorders, flute, dumbek/djembe/kahoun.

Here's what you say about
Emmy Cerra - Metamorphic.