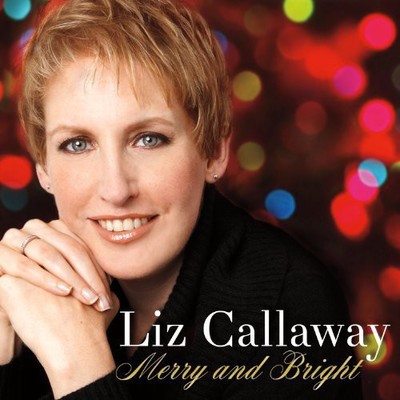 Tony nominee and Emmy award-winning actress, singer and recording artist Liz Callaway welcomes the holidays with the release of her new Christmas CD, Merry and Bright. This five song CD was featured on The Today Show and Entertainment Weekly, and offers both traditional and contemporary holiday favorites including a duet with her sister, recording artist Ann Hampton Callaway and a fun (and slightly twisted) a cappella song, arranged by and sung with her son, NicholaThis 5-song collection features a duet with her sister, recording artist Ann Hampton Callaway.   Liz made her Broadway debut in Stephen Sondheim's Merrily We Roll Along, and went on to star in Baby, Miss Saigon, The Three Musketeers, Cats, and The Look of Love. Other New York appearances include the legendary Follies in Concert at Lincoln Center, A Stephen Sondheim Evening, Fiorello! (Encores!), and Hair in Concert.   Liz's singing can be heard in several popular animated films. She sang the Academy Award nominated song "Journey to the Past" in the animated feature "Anastasia" and is also the singing voice of Princess Jasmine in Disney's "Aladdin and the King of Thieves" and "The Return of Jafar". Other film work includes the singing voice of the title character in 'The Swan Princess", "Lion King 2: Simba's Pride", "Beauty and the Beast", and "The Brave Little Toaster Goes to Mars".   Her TV credits include "Ready-to-Go" (Emmy Award), "In Performance at the White House", "Inside the Actor's Studio: Stephen Sondheim", "In Performance at the White House", "Christmas with the Boston Pops," and  "The David Letterman Show."   Ms. Callaway has also established a major career as a concert and recording artist.  The award-winning Sibling Revelry (created with sister Ann Hampton Callaway) was presented to great acclaim at the Donmar Warehouse in London. Boom!, a celebration of the music of the 60's and 70's, also created with her sister was recorded live at Birdland, and is currently touring performing arts centers around the country. Her extensive US symphony work includes appearances at The Kennedy Center, Carnegie Hall, Ravinia, The Hollywood Bowl, and with The Boston Pops. Worldwide, she has performed in China, Australia (with Stephen Schwartz), Iceland, Estonia, France (Theatre du Chatelet, Paris), Slovenia, South Korea, and Barcelona's Gran Teatre del Liceu where she premiered a new concert featuring the music of Stephen Sondheim.   Liz has released four other solo recordings: Passage of Time, The Beat Goes On, The Story Goes On: Liz Callaway On and Off-Broadway, and Anywhere I Wander: Liz Callaway Sings Frank Loesser. .

Here's what you say about
Liz Callaway - Merry and Bright.

1) Joy to the World
2) Grown-Up Christmas List
3) Silent Night / Mary Did You Know?
4) Santa Claus Is Coming to Town
5) Have Yourself a Merry Little Christmas