Mary Vanarsdel - When at Night I Go to Sleep 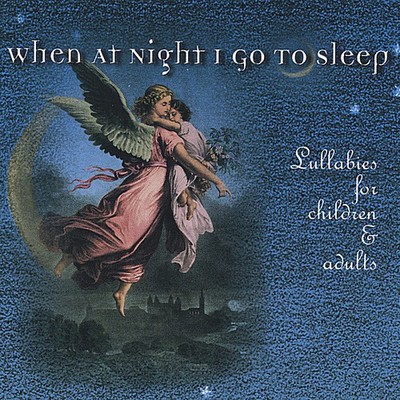 The soloist on this album, Mary VanArsdel, is a Los Angeles-based Actress and Singer who has performed in dozens of plays, musicals and concerts in various cities. In her dedication to community service, she will be donating a portion of the proceeds from the sale of each album to SHANE'S INSPIRATION, a non-profit organization dedicated to building playgrounds that enable children with disabilities to play aongside their able-bodied peers. Many audiences remember Mary for creating the role of the punk rock singing Jetta in the cult hit, 'Angry Housewives' in Seattle, as well as performing the role at The Odyssey Theatre in Los Angeles. She is the recipient of three DramaLogue Awards for outstanding performances, and most recently received a prestigious Los Angeles Drama Critics Circle Award and a Garland Award Honorable Mention for Musical Directing and Ensemble performance in 'Noel Coward's Tonight at 8:30'. She is a member of two of Los Angeles' premiere repertory companies, Pacific Resident Theatre and The Musical Theatre Guild, in residence at The Pasadena Playhouse, where she has been seen in concerts of 'Nine', 'The Baker's Wife', 'Rags', 'Take Me Along', (with Robert Morse) and others. Her benefit performances include the STAGES/Actors Fund 'Tribute to Kurt Weil' at The Luckman Theatre alongside Shirley Jones, Sally Kellerman, Tim Curry, Eileen Brennan and others; 'Yes, Yes Nanette', an all-star birthday tribute to Nanette Fabray at The Pasadena Playhouse; and singing a duet with Beau Bridges at Theatre West's 'Tribute To Richard Dreyfuss'. Recordings include demo cast albums of the new musicals, 'No.9 Rue D'Antin, the story of Camille' and 'Great Expectations', as well as her own solo CD, 'When At Night I Go To Sleep'. She also was featured in the recent workshop/reading of 'Great Expectations' starring Cloris Leachman. Film and TV appearances include a supporting role in the hit film 'In The Line Of Fire' (with Clint Eastwood and John Malkovich); recurring as Corbin Bernsen's new secretary on the final season of 'L.A.Law'; 'Melrose Place', 'Unsolved Mysteries', 'Seven Days' and many others. She received her training in New York, London, Los Angeles and Seattle and was named a finalist in the Northwest Regional San Francisco Opera competition in 1984. She holds a Bachelor's Degree Magna Cum Laude from Bowdoin College in Brunswick, Maine.

Here's what you say about
Mary Vanarsdel - When at Night I Go to Sleep.