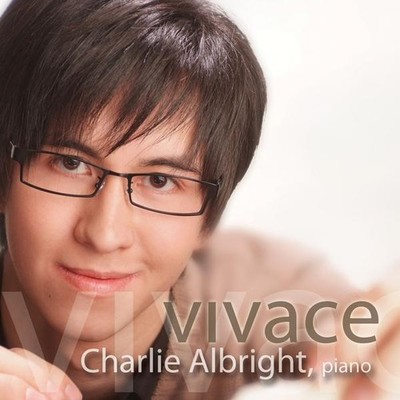 2009 Young Concert Artist and 2010 Gilmore Young Artist Charlie Albright has been critically acclaimed as 'among the most gifted musicians of his generation' whose 'musical shape was never sacrificed to showmanship' and whose 'impressive range of differently colored sounds at the keyboard was matched by overwhelming virtuosity' by the Washington Post. He is also described as a "poet of the piano" by Robert Sherman of New York's WQXR Radio, and as a "keyboard wizard" who "played like an angel...with a level of Polish pianists twice his age would envy" by New York's Democrat and Chronicle. Having performed duets and chamber music on multiple occasions with such artists as cellist Yo-Yo Ma (thrice) and such groups as the Silk Road Project (twice), the national and international competition winner has performed or competed across the United States, France, Australia, Norway, and Portugal. Vice President Joe Biden was quoted stating that "If I did my job as well as you (Charlie) do yours, I'd be President." Charlie received first prize at such competitions as the 2010 Young Concert Artists International Auditions, the 2006 New York National Piano Competition (both solo and duo), the 2005 IIYM International Piano Competition, and all top prizes at the 2006 Eastman Young Artists International Piano Competition. Other competition awards include prizes and distinctions at the 2007 Hilton Head, the 2008 Sydney, the 2009 Top of the World, and the 2009 Vendome Prize International Piano Competitions. He was also presented with the highly selective 2010 Gilmore Young Artist Award. An advocate of higher education, Charlie raised funds for the Charlie Albright Scholarship, given to seven students in 2009. Additionally, the Charlie Albright Piano Project was initiated at his alma mater, the Centralia College (A.S. 2007), to raise money for a 9-foot Steinway. The Charlie Albright Piano was purchased and dedicated in 2009. The pianist performs regularly, with recent concert highlights including guest appearances with the San Francisco and Seattle Symphonies, and solo concerts at the Kennedy Center in Washington, D.C. and in Germany. He will graduate with a Bachelor's degree in Economics from Harvard College in 2011 as a pre-medical student and complete his Masters in Music in Piano Performance at the New England Conservatory in 2012 under Wha-Kyung Byun as the first classical pianist in the 5-year joint program between the schools. Prior to college, Charlie studied privately with Nancy Adsit. He is under management with Young Concert Artists, Inc.

Here's what you say about
Charlie Albright - Vivace.