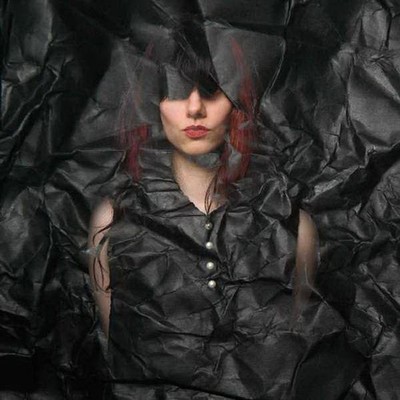 After years spent fronting a trio that included garage legend Sam Henry (Wipers, Napalm Beach) and a brief stint with girl group Kleveland (including west coast tour and spot opening for X), Morgan Grace had decided, above all else, she no longer wanted to be part of a band. Much as the bright-voiced, dark-tongued Portland chanteuse bleeds rawk, she'd begun writing songs that no longer fit the dynamics of her all-star rhythm section. Upon a whim, she'd entered a song upon the American Idol Underground website, and, whether northwest gutterpunks en masse registered with Fox or tweener nation inexplicably refined tastes, her song (title track from her 2005 album) 'The Rules Of Dating' won first prize and earned Ms. Grace $10,000 and a swath of recording equipment. New album Valentine reflects both the introspection a home studio afforded and the un-compromised vision solo work allows. She produced the album herself, performed all parts (save one drumming track from Henry), and released it on her own Lady Lush label. It's an arresting collection of tunes, intimate and revealing and very much informed by her rocker past, with an aural footprint inimitably her own. The advantages of bedroom recordings can be heard throughout the album (her third) as delicate instrumentation dances around those gorgeous vocals. Less cutesy than Juliana Hatfield, more grounded than Julee Cruse, Grace's voice twirls the upper registers with unpretentious mastery always in service of her songs. Hummably bleak outpourings of love found and lost marbled by a breathless blend of funereal whimsy - her humor runs to the macabre; imagine one act romantic comedies set-designed by Edward Gorey - the essential girlishness of her pitch dramatically counters lyrical cynicism. Over ten tracks of captivating weariness, there's the sense of eavesdropping upon wry, heart-breaking, beautiful stories seemingly recorded within the confessional.

Here's what you say about
Morgan Grace - Valentine.