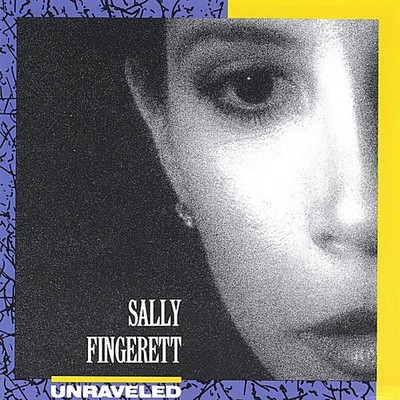 Best Singer/Songwriter album of 1991' RICH WARREN, WFMT RADIO CHICAGO 'A wrenchingly vivid knack for contemporary ballads' THE BOSTON GLOBE 'A meditation on life with all it's sorrows, contradictions, small joys and moments of wonderment. Her voice and her compelling lyrics are rightly the focus of 10 tunes.' THE CLEVELAND PLAIN DEALER 'Sally Fingerett gives ample proof why she won the KERRVILLE NEW FOLK award for songwriting...one of the best lyricists on the singer/songwriter circuit. THE CHICAGO TRIBUNE This sophisticated second project from Sally Fingerett includes 'The Return' and 'Graceful Man', the two Kerrville New Folk Award songs. With hip hop percussion on 'Let a Dream Be Coming On' to a full symphony on 'He Love Her So' and the 'Return', this CD was ahead of it's time for contemporary singer/songwriters. Sally's discography includes four other solo CDs - ENCLOSED (1983), GHOST TOWN GIRL (1993), MY GOOD COMPANY (1998 Shanachie) A WOMAN'S GOTTA DO HER THING (2004 Shanachie), a 'BEST OF' collection spanning Sally's years as a composer/producer/AND performer. As an original and founding member of the Four Bitchin' Babes, Sally's solo appearances include the Putamayo Songwriters Fest at Carnegie Hall, NPR's Mountain Stage, World Cafe and Michael Feldman's What'd'ya Know. As a live touring performer, she's traveled from the 'Blues by the Moon' stage in San Francisco to NY's Bottom Line to the Vancouver Folk Fest and all across North America. Her anthem AIDS piece 'Home Is Where The Heart Is' has been recorded by Holly Near & Ronnie Gilbert, as well as Peter, Paul and Mary,on their 1995 'LIFELINES' CD, and she was a featured guest in their 'LIFELINES LIVE' PBS special. Sally is not only a winner of the 1990 Kerrville (Texas) Festival Award for songwriting, but has been chosen to judge the contest for 2 years running. Invited to perform as guest actress with the National Touring Company of The Vagina Monologues for eight sold-out shows, Sally's artistic accomplishments aren't just for the stage. Her essays and fiction have been published in LIFE'S A STITCH (Random House), COLUMBUS MONTHLY and other periodicals. Music is her first love. No doubt.

Here's what you say about
Sally Fingerett - Unraveled.