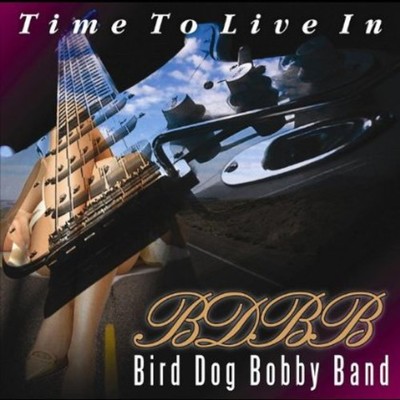 In August, 2009, we had released 'Live at the Plaza Theatre'; our 1st CD as the Bird Dog Bobby Band. (note: Bird Dog had previously released two self-produced CDs, 'I Ain't No Pedigree' in 1996 and 'WOOF' in 2001) Since then, we've traveled around 10,000 miles and played about 160 shows. We've performed with Mitch Ryder, Damon Fowler, Mark Hummel, Sean Carney and others, mostly in the Central Florida area and are on our 4th pressing of 'Live at the Plaza Theatre'... In February of 2010 we laid down the 1st tracks on our 2nd CD at Alpaca Ranch Recording (Chris Short - Engineer/Owner) in Orlando. As the months went by and the recording progressed, the number of songs kept growing! Often we would come to rehearsal, somebody would make a remark like, 'It's Too Damn Hot' or noodle a lick and the next thing we knew, we had another song for the CD. Some songs were politically inspired, some were (of course) about love and life in general, one song about the internet and one about the weather! Towards the end of 2010, we realized that there were so many different styles of songs we were going to need some help making them all fit together. At that point, Gary called his friend, Jon St. James, who is a record producer and engineer in California. [Josh Freese (Nine Inch Nails/Sting),Rusty Anderson of Paul McCartney, Righteous Brothers keyboardist John Van Tongeren, Stacy Q - Better Than Heaven, Jason Freese (Green Day), Tenacious D]. Jon said he'd help us out so we sent all the tracks we recorded at Alpaca Ranch Studios to him and I flew to out to Casbah Studios in Fullerton, CA to re-cut vocals and help Jon make sense of the hundreds of tracks the band had recorded. It wasn't until about that time that Bird Dog wrote the title cut 'Time to Live In'. The CD 'Time to Live In' contains 13 songs. All of them were written by the band members and all of the songs tell stories. We've completed filming two short-film type videos produced by JT Calloway @ Omni-Adept Studios for two of the songs ('Moesha.com' and 'Who Told This Joker He Could Drive') and hope to have them on You-Tube by the end of May. The cover art was produced by Joe Grimshaw Design (Stacy Q, Tiffany), New York.

Here's what you say about
Bird Dog Bobby Band - Time to Live in.