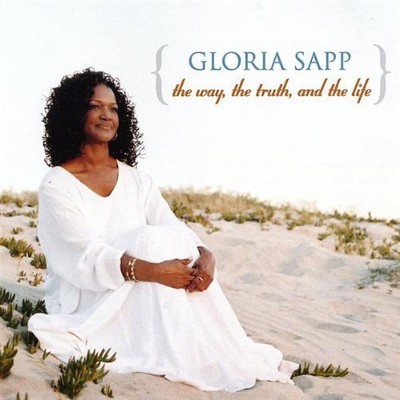 Not by might, nor by power, but by the spirit of the Lord.' Gospel singer and songwriter Gloria Sapp has been sharing her gift of song since she was ten years old. During high school she was frequently chosen to represent her school as soloist for state competitions, and over the years her talents matured as she pursued her vocal studies. A native of Monroe, Louisiana, Gloria has enjoyed a decades-long career singing in choirs, serving as choir directress and participating in church competitions throughout California. In 1983, her efforts were recognized when she received the Dedicated Service Award for Choir Directress, as well as the Dynamic Gospel Performance Award. Gloria has had the opportunity TO TRAVEL DIFFERENT STATES as A PART OF THE GOSPEL MUSIC WORK SHOP, WITH REV.JAMES CLEVELAND BACK IN THE 80's, SHE also TRAVELED with her GROUP 'Gloria sapp & THE GOSPELLODIANS' ALONG WITH B.J.FEARS & FREE SPIRIT, SHARING THE STAGE WITH gospel greats such as SHIRLEY CEASAR, and more........... After dedicating herself to her role as pastor's wife for many years, and raising her three children, Gloria has stepped onto another path. In her efforts to uplift and encourage, she has put all her faith in a ministry of song. Revisiting a never-released album created in 1978, The Way the Truth and the Life is Gloria's expression of the transcendence of a melodious voice inspired by God. Twenty-five years later, she has returned to the studio to share her vocal talents with the world. A collaboration with Grammy Nominee and Stellar Award winning producer Kenny Smith, this eight-song album, Is the second project under her record label Taff Records with all songs written and arranged by Gloria, relies on the rich history of traditional gospel music, with the addition of contemporary tunes underscored by an influence of instrumental jazz. Gloria's songs, written to convey her love, faith and blessings, are shared on this album 'in the name of Jesus.' The tremulous grace of her voice will inspire listeners to a joy of clapping and weeping, as she serves as intermediary to Christ, and ambassador to God, in this ministry of song. Gloria resides in Las Vegas Nevada and is a member of Second Baptist MBC where she is an active member in the church choir. 'I am the way the truth and the life.' - John 14:6.

Here's what you say about
Gloria Sapp - Way the Truth & the Life.