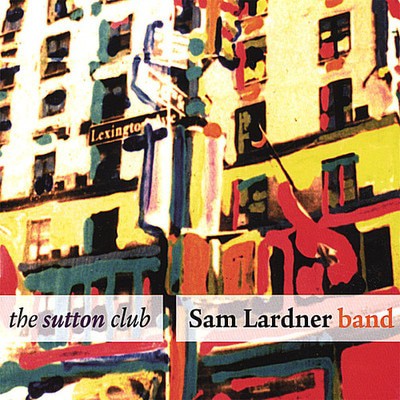 In 1997, Sam Lardner and his wife, Katherine, packed up their belongings and flew to Barcelona, Spain, along with their 1-year old son, their black lab and a couple of road beaten guild guitars, leaving behind a promising career on the burgeoning U.S. contemporary folk circuit. Eight years, three kids, two bands and a whole lot of adventure stories later, Sam remains happily in that beautiful city by the sea. In the 10-years I have known Sam, I have watched in wonder as his music evolved from the pure, tasteful acoustic sound of his first two stateside folk CDs, through the gauntlet of a remarkable 5-year romp through Europe with his award winning eight-member country band, and emerged in it's current innovative form through the unlikely fusion of Americana and flamenco. Now heads are beginning to turn on both sides of the Atlantic, and with the long-awaited release of 'Barcelona', 2007 promises to be an exciting one for all Sam Lardner fans. The thing I most admire about Sam's music is his unwavering dedication to colorful lyrics and outstanding melodies. He is a great craftsman and a generous performer. I have seen him play before audiences who had no idea what his lyrics were about but who, nevertheless, left feeling touched somehow by the emotional message beneath the words. His voice remains as unique and recognizable with his current flamenco quartet as it did on his first solo CD, 'Still Planet Earth', released in 1995. The only difference now is that this artist has found his musical home, and all of his roads lead unmistakably and very luckily, for those who love fresh new sounds, back to Barcelona. Dan Mead Great Barrington, MA.

Here's what you say about
Sam Lardner - Sutton Club.