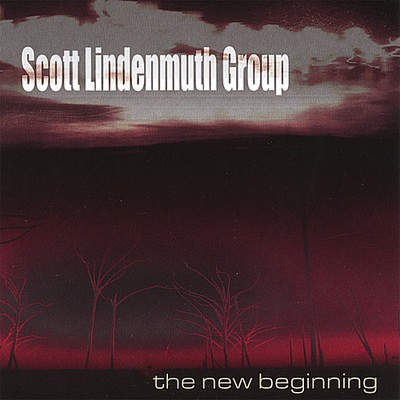 The long anticipated new release by the Scott Lindenmuth Group. 'The trademark SLG fusion style is intact, with a bit more acoustic and classical guitar in the mix." As a long time performer of classical guitar Scott Lindenmuth decided it was time to blend it into the mix as featured on the songs "Moods of Spain", "Minor Adventures" and "Danza Seville". Sticking with the Spanish/Latin groove the decision was made to include keyboardist Andy Roben's scorching "Que Pasta" a featured tune in the SLG songlist for years. Another first for the Scott Lindenmuth Group is the inclusion of a cover tune, George Gershwin's "Summertime" this arrangement is one of their most requested tunes at performances. 'Down Beat magazine designates a category in their reader polls called Talent Deserving Wider Recognition. Scott Lindenmuth would fit nicely there. Although well known in the Northwest, his following is smaller in some other regions. Nevertheless, he is a guitarists' guitarist, in that he is a technical master of acoustic, classical, and electric guitars. This is demonstrated right away on The Great One, which chimes with musical energy. Then on By Land, By Sea, Bassist David Pascal stretches out by making his solo instrument into a full Bass section. Minor Adventures pairs Andy Roben's organ with Lindenmuth's Spanish sketches. While it is true that Jazz originated with a pinch of Spanish music, on this album there is a full measure. A treat for the keyboard aficionado is Que Pasta, written by Robens. What this reviewer hears in Lindenmuth's soloing is a potpourri of influences, but all comparisons aside the voice is his own. Danza Seville is a simple, sunny jaunt through a Castilian landscape. The album closes with Gershwin's Summertime. This chestnut gets the Lindenmuth treatment, turning it into a blistering anthem that sizzles the senses like the 4th of July. Again, many influences, but a uniform and unique synthesis of electronic effects that carry the feeling. A criticism of electronic music is that it can be cold. But this closing 10 minutes and 48 seconds of improvisation will have the listener turning down the thermostat, and turning up the volume. There are a few drummers who can make the cymbals an instrument unto themselves. Bill Dodge does that here as a key player. Closing arpeggios by Pascal completes the effect.' -JazzReview.com 'With a reputation in the jazz and guitarist worlds, the Scott Lindenmuth Group should be equally well-known to prog rockers, and we hope to remedy that. These incredible instrumental albums exist somewhere between fusion and progressive rock. As a reference point, they are more melodic, more rock, less improvisational, and higher-energy than, say, Allan Holdsworth. Scott Lindenmuth is a major guitar talent, taking Pat Metheny's melodic stylings into more aggressive territory. The trademark SLG fusion style is intact, with a bit more acoustic and classical guitar in the mix. Far from stealing the spotlight, Lindenmuth gives keyboardist Andy Roben plenty of room to operate, backed as always by a stellar rhythm section. If the early part of the album leads you to believe the band is mellowing as they age, the rest of the album dispels that notion, with some of their hardest rocking material and even one spacey track.' -Kinesis.

Here's what you say about
Scott Lindenmuth - New Beginning.