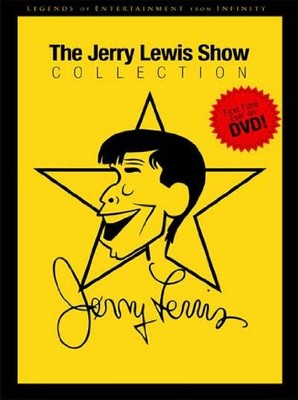 Just the name brings a smile to your face, if not an outright guffaw. The pioneering, slapstick comedy of Jerry Lewis has earned him the moniker of world's funniest funnyman. This DVD contains the hilarious "best of" highlights from 13 episodes of the Jerry Lewis Show, which aired on NBC from 1967-69. Not seen in the U. S. since it's original NBC broadcast, Jerry is surrounded by a who's who of Hollywood's comic royalty and is at his best in the side-splitting classic character portrayals that made him a legendary comedy chameleon. Jerry portrays Sidney Portnoy, a nebbish and Jerry's alter ego; Professor Frobisher; Oriental criminologist Inspector Sam Lichee; Sergeant Goodguy of the Mounties; a professional scoutmaster to the Osmond Brothers; hospital orderly; archaeologist; thief; cowboy; country bumpkin; and city slicker, among many more. Guest stars include: The Osmond Brothers, Flip Wilson, Don Rickles, Joey Heatherton, Janet Leigh, Shirley Jones, Audrey Meadows, Lynn Redgrave, Barbara Feldon, Nanette Fabray, Imogene Coca, Ben Gazzara, Richard Kiley, Laurence Harvey, Harold Sakata, Nancy Ames, Dorothy Provine, Sergio Franchi, Anna Moffo, Harold J. Stone and Frank Gorshin. Digitally restored and remastered for the highest video and audio quality.

Here's what you say about
The Jerry Lewis Show Collection.