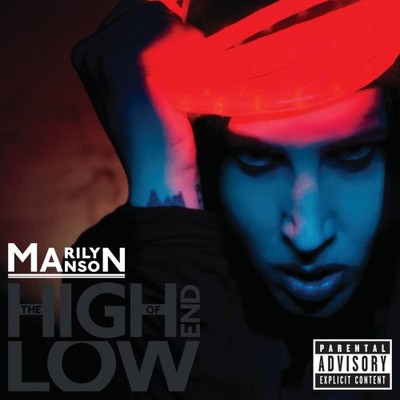 Produced by Manson, Vrenna, and Twiggy, THE HIGH END OF LOW was recorded in his Hollywood Hills studio and also features the track, I Want to Kill You Like They Do in the Movies. Since emerging from South Florida (in the early 1990s), Marilyn Manson has continued to upend the mainstream with each new release. The tumultuous relationship Manson has cultivated with the public worldwide has resulted in multi-million records sales, sold-out tours, protests, legal battles, hate, adoration, award-winning distilled spirits (Mansinthe) and most importantly, a long list of some of the most enduring and genre-defying music in the rock era (Lunchbox, Sweet Dreams, the Beautiful People, Tourniquet, the Dope Show, This Is the New Shit, Mob scene, Heart- Shaped Glasses, etc.) the new era of Marilyn Manson and the High End of Low begins now.

Here's what you say about
Marilyn Manson - The High End Of Low.