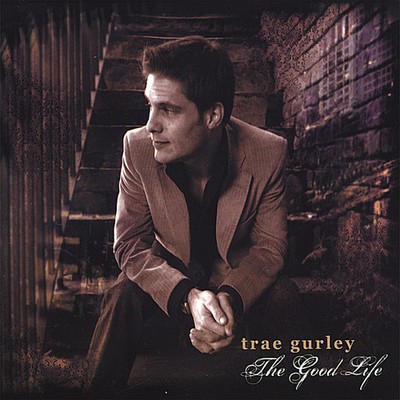 If you've heard Trae croon out a few songs from My Sinatra (his one man tribute to The Chairman of The Board) you probably got the feeling that this kid has been on stage before. During High School he joined the band West Wind as saxophonist, but soon added guitarist and songwriter to the mix. At the same time, in addition to chorus and band, Trae took a stab at theater. He got his feet wet as Buddy Layman in The Diviners, then took on the roles of Pippin in Pippin and Matt in The Fantastiks. For the past 10 years, Trae has been involved in many community and professional productions in and around the southeast. You may have seen him as The Prince in Cinderella, Snoopy in You're a Good Man Charlie Brown or Leo in The Little Foxes just to name a few. His portrayal of Tobis in Sweeney Todd won him a "Stony" Award, Savannah's answer to the Tony Awards and opened the door for roles in Forever Plaid, Broadway's Music of the Night, and One Perfect Evening with Eartha Kitt. In recent years, Trae has been performing the songs that, to him, are the best of Sinatra: a collection of 50 songs that take the listener on a musical journey through the six-decade career of one of the greatest entertainers and most influential vocalists of the twentieth century. From Sinatra's work with Harry James & Tommy Dorsey, to his years with Colombia, and the popular Capital and Reprise Years, Trae covers the highlights of each era. Narrowing the field from the 1,800 songs that Sinatra recorded in his lifetime wasn't easy. After making sure his favorites tunes were included and songwriters like Mercer, Porter, Gershwin, and Cahn were represented, he added a few of Sinatra's torch songs to cap it off. The result is a mesmerizing mix touching on all the styles of Ol' Blue Eyes. Currently, Trae performs his swanky mix of Sinatra tunes and jazz standards at many different venues, from restaurants and jazz bars, to private parties and weddings. From The Hollywood Hills to Cape Cod, he often travels around the country entertaining at lavish events. Notable clients include... The famous Hotel Del Coronado, Rolls Royce, Mont Blanc, Gulfstream, MOMA, Paula Dean & The Jepson Center for The Arts, just to name a few. Recent sold out shows include A Tribute to Johnny Mercer at The Trustees Theater & the July 4th Extravaganza at The Lucas Theater featuring Jeremy Davis and The Equinox Jazz Orchestra, both in association with The Friends of Johnny Mercer.

Here's what you say about
Trae Gurley - Good Life.