Johanna Beekman - The Edge of Divine 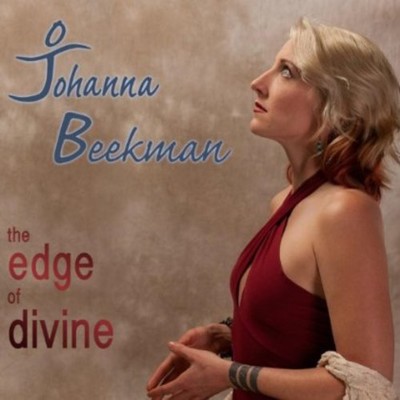 Johanna Beekman is a gifted performer and an extraordinary songwriter. Her original songs combine unforgettable melodic hooks with powerful lyrics that tap deep into the collective soul. Her song Free to Decide (Breathe) has been performed by several acapella groups and choirs in the US and Canada. Johanna, who grew up in Corvallis, Oregon, wrote her first song when she was nine years old. By her early twenties she had released her first CD and performed in rock and world-beat bands, gospel and community choirs, musical theatre and improv troupes, and several films. After the release of her second CD, If I Could Fly, she gigged around the Pacific Northwest with friend and musical collaborator Lyris Cooper. They were often joined by other musicians, including Johanna's father George Beekman and Lyris's mother Suzannah Doyle. Johanna wrote many of her best songs during those years, but her busy schedule kept her from finding time to record them. In late 2012 Johanna was rear-ended by a drunk driver near her Portland, Oregon home. The pain from her injuries brought most of her life to a standstill. Fortunately, it didn't hurt to sing. So George, Lyris, and Johanna decided it was time to record the best of Johanna's songs from the prolific period before the accident. They recruited pianist Suzannah Doyle, guitarist Sid Rosen, saxophonist Peter Argyres, cellist Nancy Sowdon, singer Audrey Perkins, audio wizard Dave Trenkel, and Johanna's guitarist uncle Larry Beekman to provide a luscious musical backdrop for Johanna's creative vocalizations. Johanna's new CD includes several of her most beautiful and inspiring original songs, plus a handful of creative interpretations of well-loved pop, jazz, and traditional songs. One of the most touching pieces on the album, Dark Blue, was written by Corvallis songwriter Neal Gladstone. Johanna has loved the song since she was a child, and she was thrilled to have the opportunity to put it on her album. Johanna is making progress in recovering from her accident. Shortly before the crash she became a certified yoga instructor; she attributes much of her healing to yoga and music. She spent many hours doing restorative yoga-a type of yoga that emphasizes ease over effort. She now combines yoga with singing in her unique Lullaby Yoga classes, where she sings to her students while guiding them through a sequence of relaxing restorative poses. Johanna also combines her two loves by singing kirtan-the music of yoga. In 2014 she plans to record an album of original kirtan music, so that friends, fans, and students won't have to wait another seven years to take her latest music home.

Here's what you say about
Johanna Beekman - The Edge of Divine.