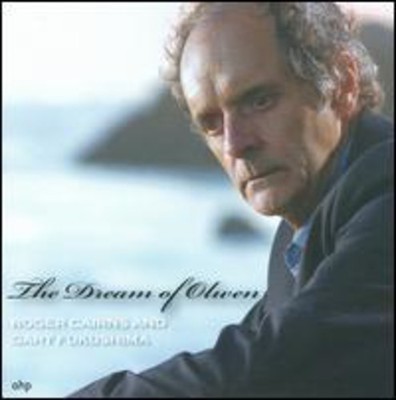 1. Where Do You Start. I remember the first time I heard this Johnny Mandel tune. It was featured on Shirley Horn's 'Here's To Life' album and I loved her interpretation immediately I heard it. Lyrics are by Alan & Marilyn Bergman. 2. I'm In Love Again. A powerful Cy Coleman, Peggy Lee & Bill Schluger composition from her 1964 album, 'In Love Again'. 3. You Must Believe In Spring. This is a beautiful song; music by a favorite composer of mine, Michel Legrand, and lyrics once again by the wonderful Bergman's partnership. 4. Solitary Moon. Another Johnny Mandel tune that, I think, first saw the light of day as 'The Moon Song' on the Charlie Haden/Pat Metheny album, 'Missouri Sky'. 'Not sure when the Bergman lyrics were added, but they nailed it one more time; sheer poetry! 5. The Dream Of Olwen, my title track, is a Charles Williams composition that I fondly remember from early childhood. The song, in orchestral form or, alternatively, sung by the Luton Girls' Choir, was regularly played on the radio in '50s Britain and was featured in the 1947 John Harlow movie, 'While I Live', starring Tom Walls and Carol Raye. The film's plot is about a spinster who obsesses over the tragic death of her composer sister until an event that occurs on the 25th anniversary of her death changes things. I took the liberty of modifying somewhat, the lyric of Winifred Emma May (a.k.a. Patience Strong), in order to rework it into a man's lament for his demised love. 6. Wait 'Til You See Her. This is a catchy number from the 1942, Rodgers & Hart, Greek Amazonian spoof, 'By Jupiter', which ran on Broadway for about a year. 7. Don't Look Back. Here's yet another, and my 3rd, Johnny Mandel composition included on the album, this time with lyric by Kaye Lawrence Dunham. 8. In Love, In Vain. This is a beautiful Jerome Kern melody enhanced by a Leo Robin lyric. It was debuted in Otto Preminger's 1946 movie, 'Centennial Summer' by singer, Louanne Hogan, singing for actress, Jeanne Crane. 9. Ebb Tide, like 'The Dream Of Olwen', falls into my "Light Programme category", by which I mean that I heard it on my parents' radio on BBC's forerunner to Radio 2 when I was growing up in Scotland. Written in 1953 by Carl Sigman and Robert Maxwell it's been recorded by many artists including Frank Sinatra, Ella Fitzgerald, Vic Damon and Matt Monro, among others. 10. Blackberry Winter. One of two Alec Wilder compositions included in this collection. I have been an admirer of this amazing man for many years and am a keen reader of some of the online blogs that exist in his name. According to the Songwriters Hall Of Fame, his work is characterized by intelligence, grace, elegance, sensitivity and honest sophistication. 'Nuff said! 11. I'll Be Around. This is another Alec Wilder song, this one written in 1942, which according to Wikipedia in April 2010, had been recorded by 52 artists. 12. For All We Know. Although I've known this 1934 J. Fred Coots/Sam Lewis number for as long as I can remember, it came alive again for me when I heard Rosemary Clooney sing it over the credits at the end of the wonderful Dan Ireland film, Mrs. Palfrey At The Claremont, which starred the adorable Joan Plowright.

Here's what you say about
Roger Cairns - Dream of Olwen.